Northwestern State pulls away in 2nd half, beats Lamar 34-13

Breylin Smith threw for a career-best 434 yards and four touchdowns as Central Arkansas walked over Lamar 45-17 in Southland Conference action on Saturday.

Jon Copeland passed for a season-best 376 yards with four touchdown passes as Incarnate Word pushed its win streak to four games with a 35-17 defeat of Lamar on Saturday.

Bailey Giffen kicked a 27-yard field goal and Michael Lawson had an interception in the third overtime to give Lamar a 20-17 victory over Sam Houston State on Saturday.

Quarterback Trae Self passed for 291 yards but it was running back Da'Leon Ward who threw the winning touchdown as Stephen F. Austin defeated Lamar 24-17 on Saturday night.

Chason Virgil had four touchdown passes and threw for 307 yards to lead Southeastern Louisiana to a 45-34 victory over Lamar on Saturday night in a Southland Conference opener.

Freshman Isaiah Spiller ran for 116 yards and two touchdowns and Kellen Mond threw for 317 yards with a touchdown pass and a run in three quarters to lead No. 16 Texas A&M to a 62-3 rout of Lamar on Saturday night.

Bailey Giffen booted a 44-yard field goal in overtime to give Lamar a 23-20 victory over Mississippi Valley State on Saturday night.

Jordan Hoy threw for 226 yards and three touchdowns and ran for three scores as Lamar scored on its first two possessions to open the season on Thursday night with a 65-16 thrashing of Bethel (Tenn.), an NAIA school.

Denver picked up a press corner in Langley out of Lamar and also a potential kick returner in the third round.

In what most teams believed was the deepest draft in years at cornerback, the Broncos dove in with the 101st pick of the draft when they selected Lamar cornerback Brendan Langley. Langley started his college career at Georgia before transferring. Was a wide receiver early in his college career as well.

Ray Woodard, who led Lamar University's return to football in 2010, was relieved of his coaching duties on Monday, athletic director Jason Henderson announced.

After last week's upset of Oklahoma, Houston's No. 6-ranking is its highest since 1990. The Cougars, however, will be without QB Greg Ward Jr. (shoulder) as Kyle Postman gets his second career start. Ward's MRI showed "no structural damage," coach Tom Herman said on Monday. Streaming live on ESPN3

Houston will be without starting QB Greg Ward Jr. today vs. Lamar because of a shoulder injury, the team announced moments ago. Ward suffered the injury to his throwing shoulder in Houston's 33-23 win over Oklahoma last week, but Tom Herman said he doesn't believe the injury to be serious. Backup QB Kyle Postma will start today in his place. 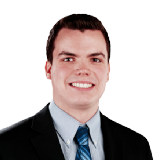 The Bills have hired John Blake to replace Karl Dunbar, fired Sunday, as their defensive line coach. Blake, who was hired last month at Lamar University, resigned from North Carolina amid an NCAA investigation into his financial relationship with then-NFL agent Gary Wichard. "He endured a difficult time in his coaching career a few years back, but has moved forward with his life and put that behind him," Rex Ryan said of Blake in a statement. "Since that time he has worked with a number of NFL players and earned their respect with his ability to hone their skills and techniques." Ryan coached under Blake at Oklahoma in 1998.