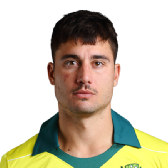 The Delhi Capitals and the Sunrisers Hyderabad couldn't have taken more contrasting paths to Qualifier 2 of IPL 2020.

The Capitals' coach Ricky Ponting wanted his side to play their best cricket in the second half of IPL 2020. But things have gone in the opposite direction: after winning seven of their first nine games, the Capitals lost four matches on the trot.

Smiles returned on their faces when they beat the Royal Challengers Bangalore in their last league match to qualify for the playoffs, but a timid performance against the Mumbai Indians in the first Qualifier meant they are back to figuring out their best XI. Do they continue with left-arm seamer Daniel Sams, who has an economy rate of 9.50 after three wicketless outings? Do they replace Sams with Harshal Patel, which will also allow them to bring back the big-hitting Shimron Hetmyer? To make room for Hetmyer, do they drop the out-of-form Prithvi Shaw and open with Ajinkya Rahane, or leave out Rahane and keep faith in Shaw?

The Sunrisers, meanwhile, are peaking at the right time. At one stage, they were seventh on the points table with three wins from nine games but now are on a four-match winning streak, which includes a comprehensive win over the Capitals as well. They know what their best XI looks like, each player in the XI knows his role and, more importantly, their bowling has come together well: only once in the last six games have they conceded more than 150.

However, it's not that they have become invincible. Despite allrounder Jason Holder acting as a shield, their lower-middle order still has some cracks, glimpses of which could be seen during the Eliminator against the Royal Challengers Bangalore. And they still don't have a reliable sixth bowling option in case one of their bowlers has an off day. But do the Capitals have enough firepower left to take advantage of those issues and make it to their first IPL final ever?

The Sunrisers have had two easy wins against the Capitals. In Abu Dhabi, David Warner, Jonny Bairstow and Kane Williamson lifted them to 162 for 4. The Capitals were always behind the asking rate in their chase, and any hopes of a revival were quashed by Rashid Khan, who picked up 3 for 14 to give the Sunrisers a 15-run win.

In Dubai, the Sunrisers trounced the Capitals by 88 runs in a must-win game for them. Batting first, Saha (87 off 45) and Warner (66 off 34) set the platform for a mammoth 219 for 2. In response, the Capitals were all out for 131. Khan once again proved to be their tormentor, picking up 3 for 7 from his four overs this time.