Bayern Munich secured a momentous Treble on Sunday by powering to Champions League glory, beating Paris Saint-Germain 1-0 in an entertaining final in Lisbon.

It was the German club's 21st win in a row (including all 15 outings since returning from lockdown). In fact, the only match they haven't won in 2020 was a 0-0 draw in the Bundesliga with RB Leipzig in February.

However, Bayern's amazing record of achievement this season can be topped by one man, on-loan right-back Alvaro Odriozola, who didn't make it off the bench against PSG but nevertheless secured his fifth trophy of 2019-20.

Odriozola, 24, played for parent club Real Madrid during the first half of their victorious La Liga campaign this season, and was a member of the squad that won January's Spanish Super Cup tournament in Saudi Arabia. He then joined Bayern on loan in time for their triumphs in the Bundesliga, DFB-Pokal and Champions League.

Even more amazing is that Odriozola made only 10 appearances split between his two clubs and didn't play in any of the requisite finals, but still managed to collect a major honour for every 122.6 minutes he's been on the pitch this term.

Not a bad effort in anybody's book. So how does Odriozola's incredible year compare with some of football's other remarkable winning records? 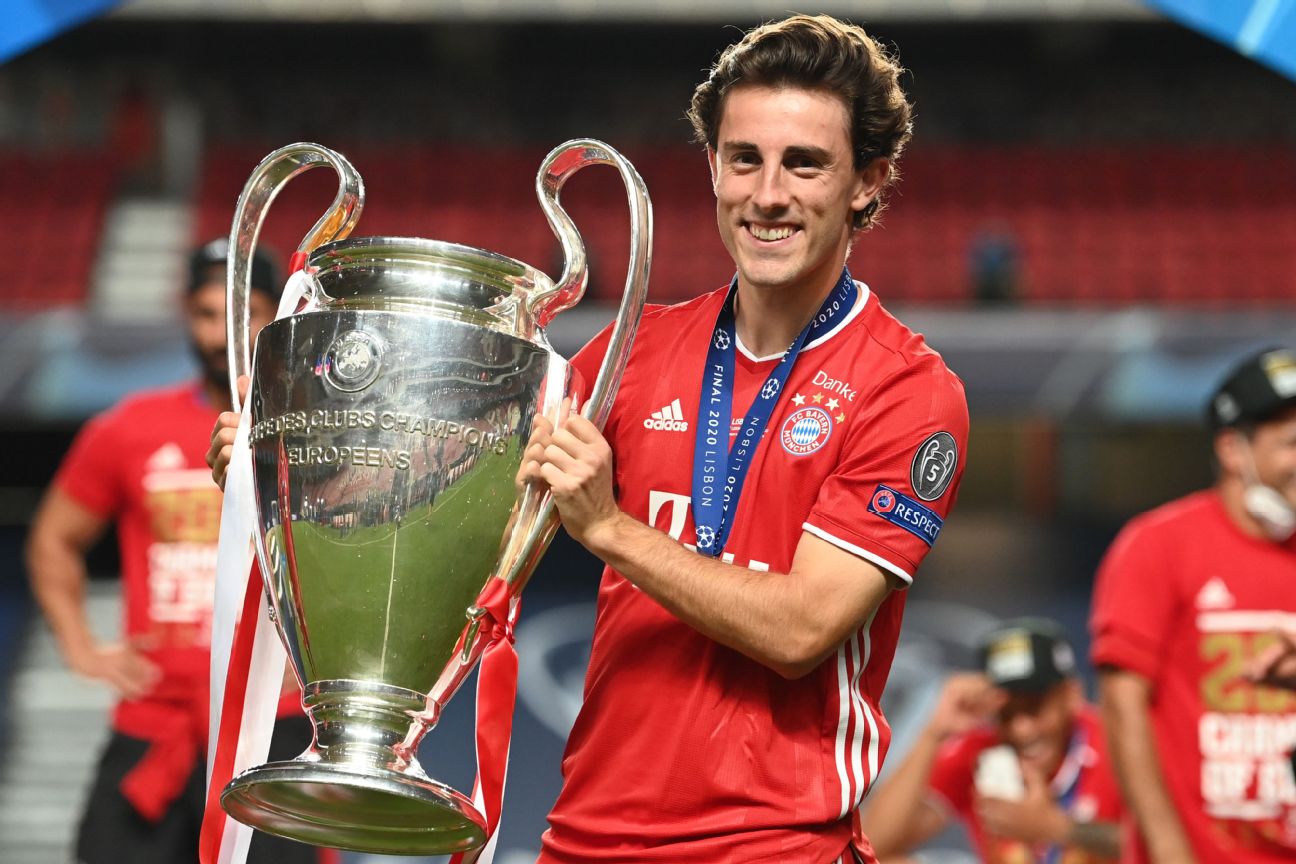 Zidane has won 11 trophies in 211 games across his two stints in charge of Real Madrid, meaning he currently boasts a ridiculous record of one trophy every 19.1 games as head coach, including two La Liga titles and three Champions Leagues.

Kieran Tierney has a better games-per-trophy ratio as a player than Zinedine Zidane has as Real Madrid manager:

One man who can boast an even better silverware-to-games ratio is Arsenal left-back Tierney who is currently averaging a trophy every 16 games during his playing career. The 23-year-old Scot has won 12 trophies (11 with former side Celtic, one FA Cup for the Gunners) in 194 senior appearances to date.

Navas may have ended on the losing side in the 2020 final, but the PSG goalkeeper can perhaps console himself with the fact that the 1-0 defeat against runaway juggernauts Bayern is the first Champions League knockout tie he's ever lost -- having won all 14 of the previous 14 with the French club and Real Madrid. 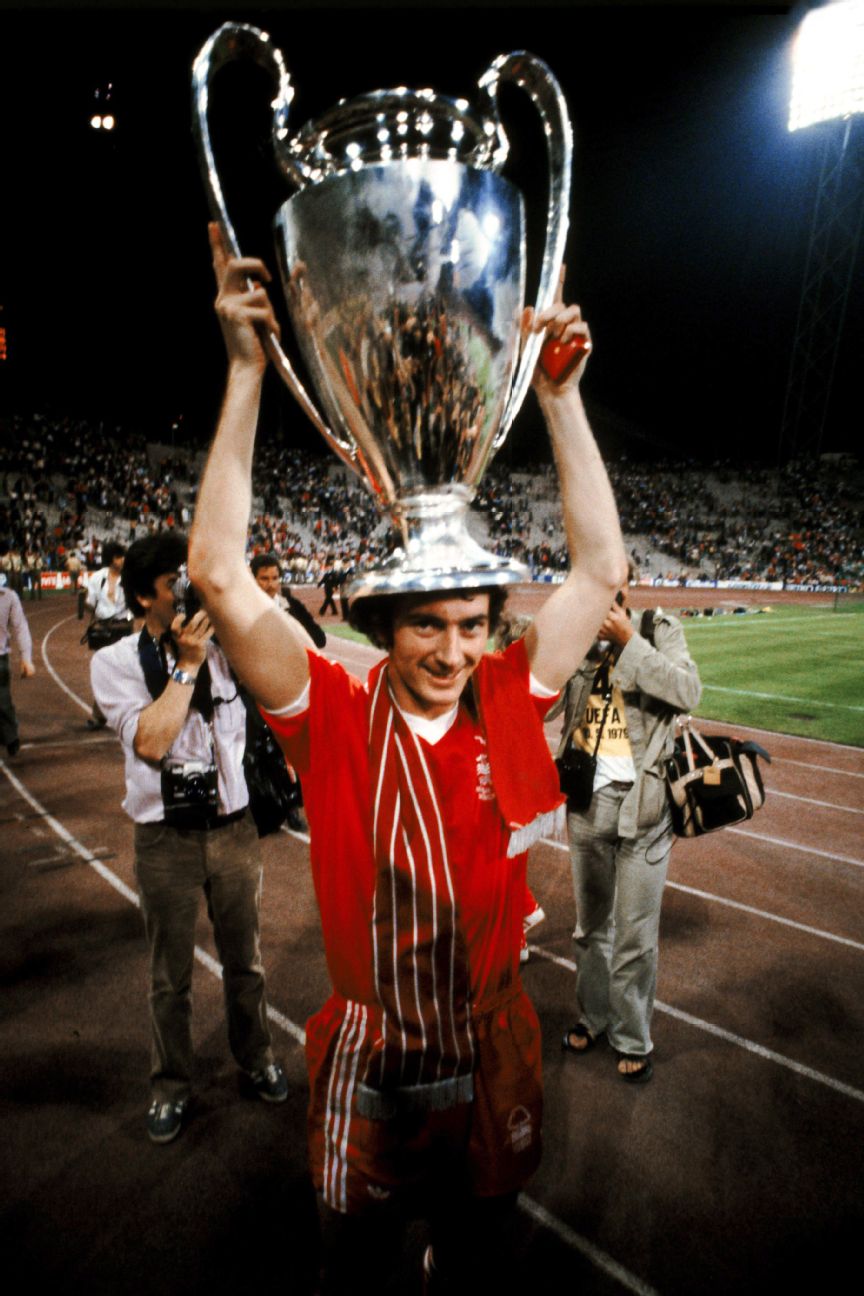 Forest have only ever played 20 games in the European Cup in their entire history and have won it twice, back-to-back in 1979 and 1980. It's a record that is unlikely to ever be broken.

The next-best ratio on the list is Aston Villa, who have won the European Cup once in 15 games (having beaten Bayern 1-0 in the 1982 final).

As far as we can tell, De Laet is the only player to have won promotion up to the Premier League and the title itself on the exact same day. The left-back was an unused sub as Middlesbrough finished the 2015-16 Championship season in the automatic promotion spots with a draw against Brighton on the final day. He then raced over to the King Power Stadium to claim a winner's medal with parent club Leicester City as the Foxes wrapped up their miraculous title with a 3-1 win over Everton. 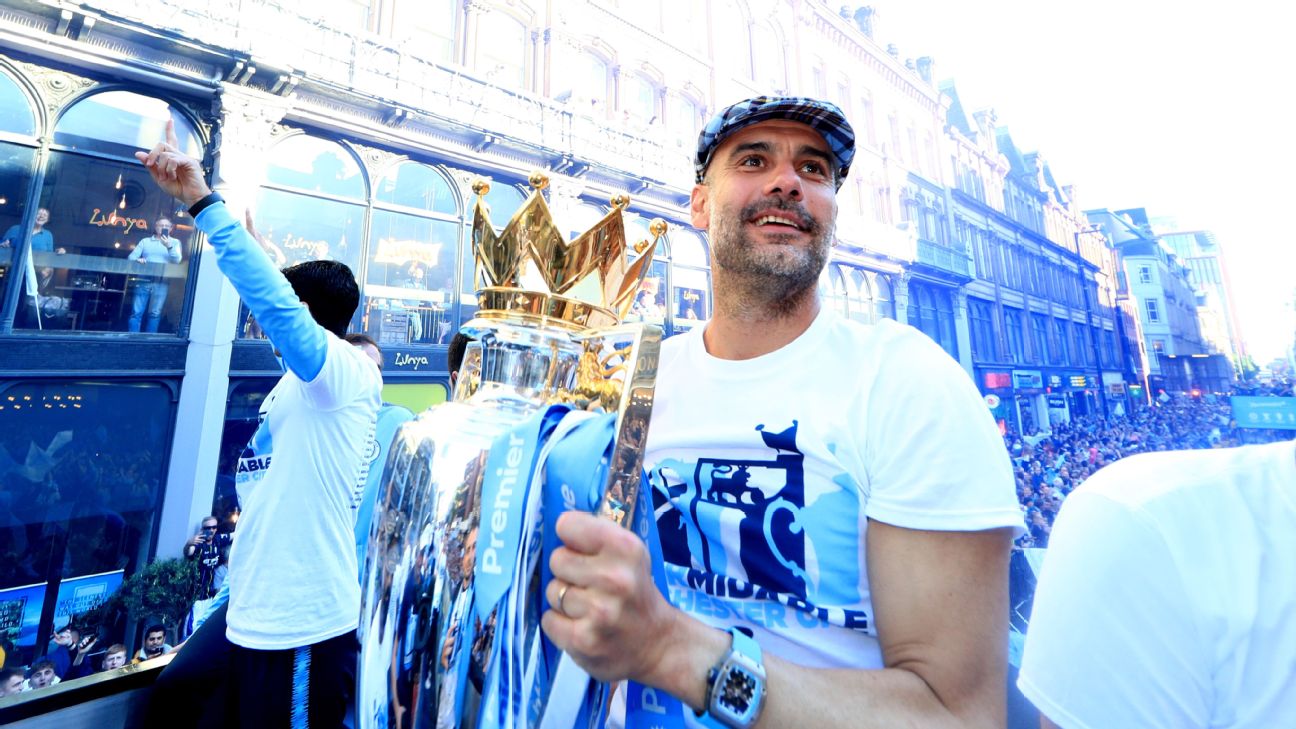 While others have won more in terms of pure numbers, when it comes to managerial trophies-per-game records, Guardiola boasts the strongest win rate in the big leagues. By claiming the Carabao Cup back in March, the City boss won his 29th major honour since moving into management in 2008. At the time, that represented roughly one trophy per 21 games and an average of around 2.4 trophies per season.

When it comes to winning a great deal while contributing very little, it's usually backup goalkeepers who fare the best. Kuszczak spent five years at Manchester United between 2007 and 2012, played just 25 times and won no less than 11 trophies, including four Premier League titles and a Champions League.

However, Kusczak's admirable record pales in comparison to that of Starke, who turned out just seven times for Bayern Munich between 2012 and 2018 while still managing to collect 13 major honours. Upon his retirement, Starke had amassed just 640 minutes of first-team action and a frankly astounding record of almost two trophies (1.86) for every competitive game he'd played.

Steer is one of the only players to have been promoted twice in the same season after playing 20 games on loan for Charlton Athletic in 2018-19 as they went up through the League One playoffs. The young goalkeeper then returned to parent club Aston Villa, where he saved two penalties against West Brom in the Championship playoff semifinals on their way up to the Premier League.

Norwich City defender Bassong also achieved the rare "promoted twice in one season" feat in 2014-15 when he was farmed out on loan to Championship rivals Watford, who won promotion to the Premier League as runners-up. He then returned to the Canaries, who subsequently went up through the playoffs, with Bassong recalled to the first team and even playing against Middlesbrough in the final at Wembley.