Barcelona have paired up with haute couture fashion designer Thom Browne to produce a new capsule collection inspired by the Catalan club to raise money for the Barca Foundation.

Rather than on the catwalks of New York or Paris, the kit was instead unveiled with a fashion shoot on the pitch in front of the cavernous Camp Nou stadium. It will be available to buy on Oct. 21.

The socks in particular feature some crisp detailing, including Barca's famous club crest and their iconic blaugrana stripes.

All proceeds of the collection will go directly to the Barca Foundation, which is currently focused on helping vulnerable children all around the world struggling with the ongoing hardships of the coronavirus pandemic, and since 2017 has run programs in public schools across New York City. 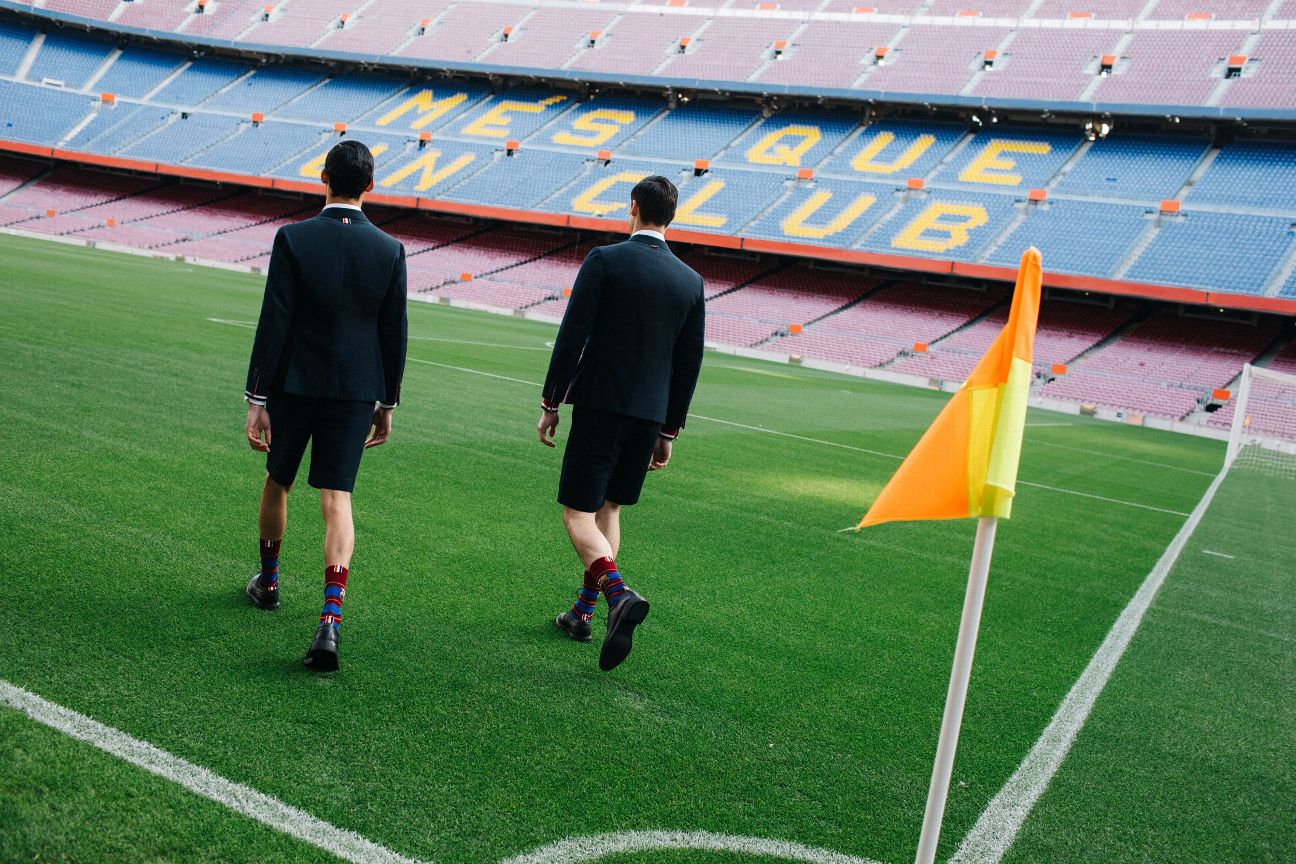 "The relationship with FC Barcelona has been about two years now and it's a strong relationship," Browne, who has previously teamed up LeBron James' UNKNWN label and designed tennis whites inspired by Serena Williams, said in an interview with fashion business journal WWD.

"The one thing that has been important to me was making sure that we did something that made a difference outside of just Thom Browne and FC Barcelona. 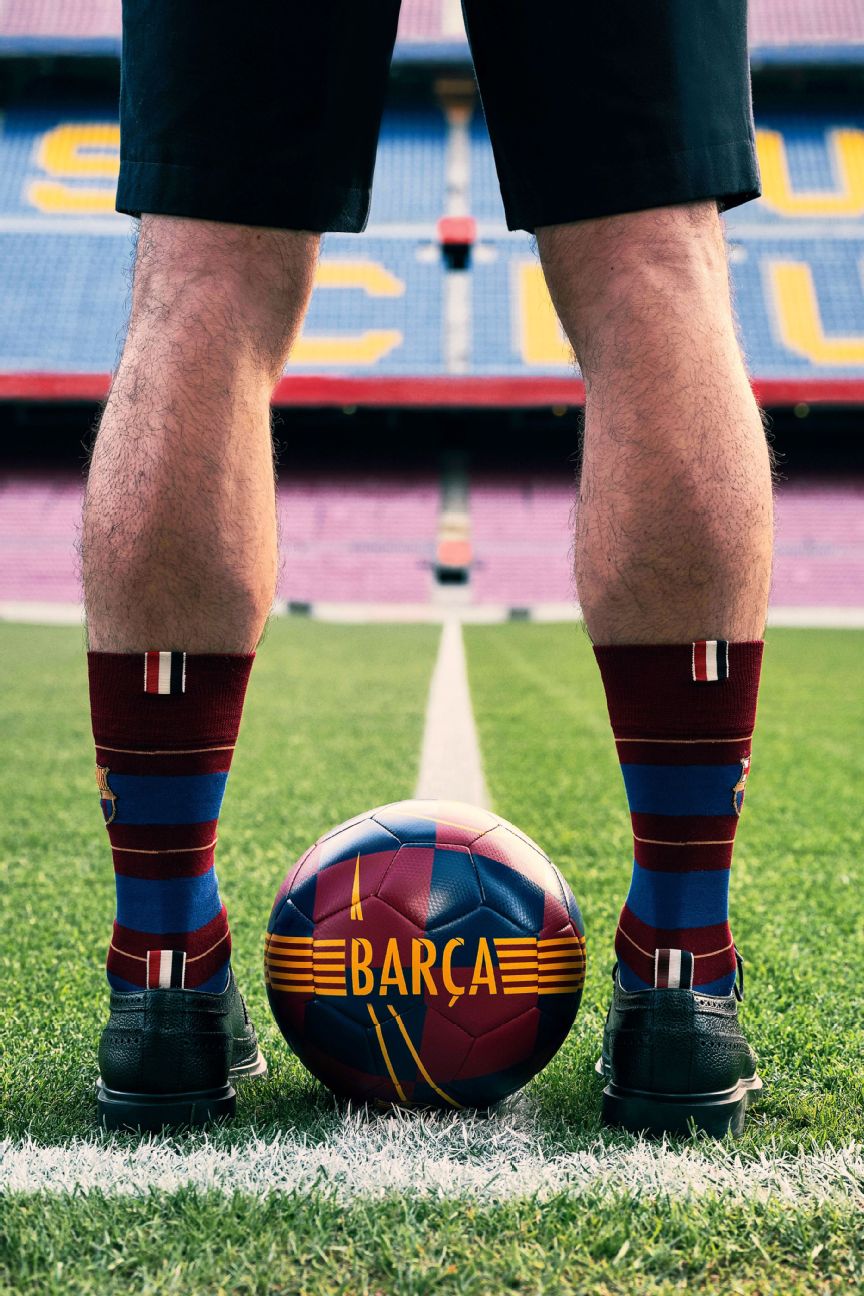 "They have an amazing foundation, and for us it was important to be able to contribute in some way.

"And the best way -- and the most authentic way -- for us to entertain contributing was to create this collection that [showed] the relationship between us and all the proceeds go to the foundation.

Browne has been working with Barca since the 2018-19 season when the designer was hired to produce a tailored range of travel attire and formal wear for Lionel Messi & Co.

The 55-year-old, who is a keen sport enthusiast, has also used football as inspiration for his designs in the past, including last year's spring/summer range. 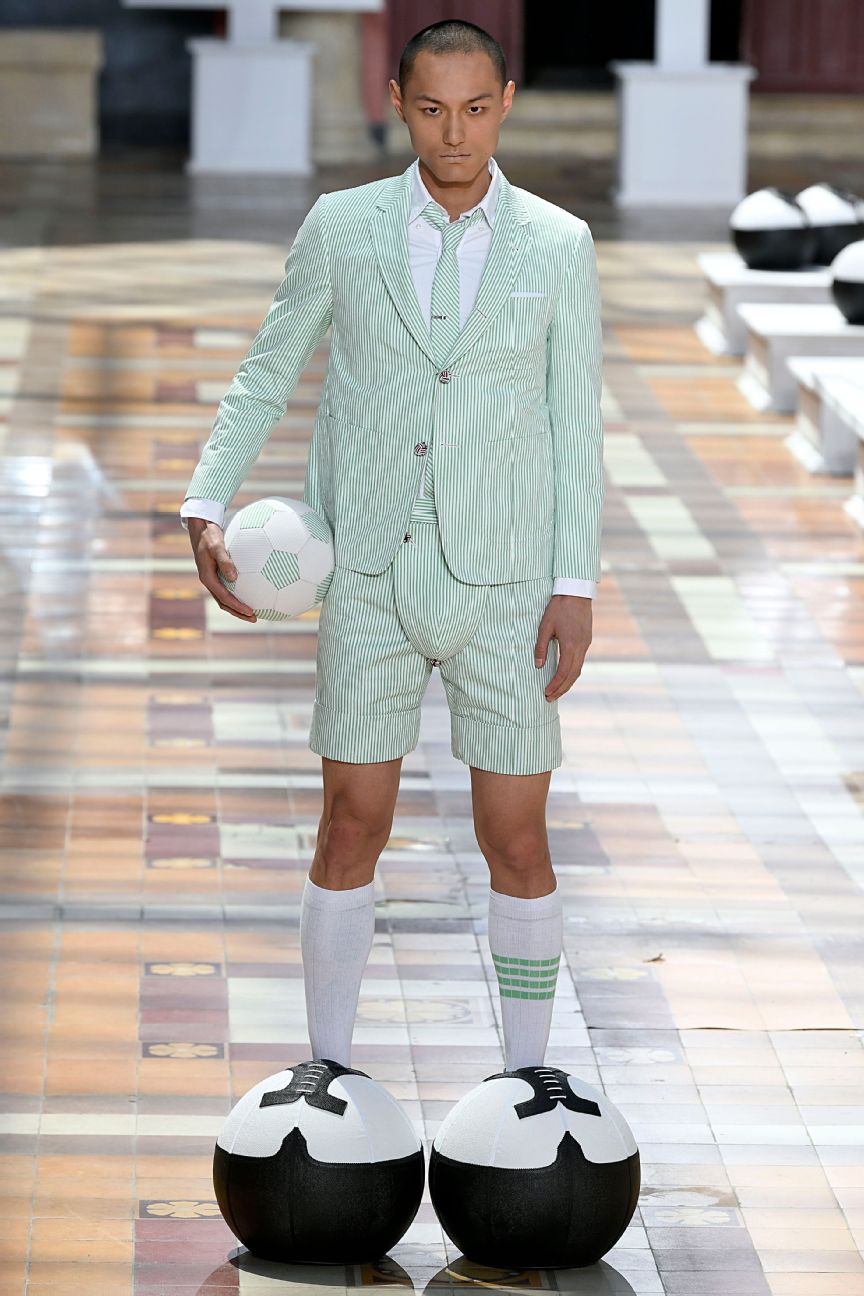 Indeed, Browne's show at Paris Fashion Week in 2019 saw models taking to the catwalk looking like life-size Subbuteo players from a strange and abstract galaxy. 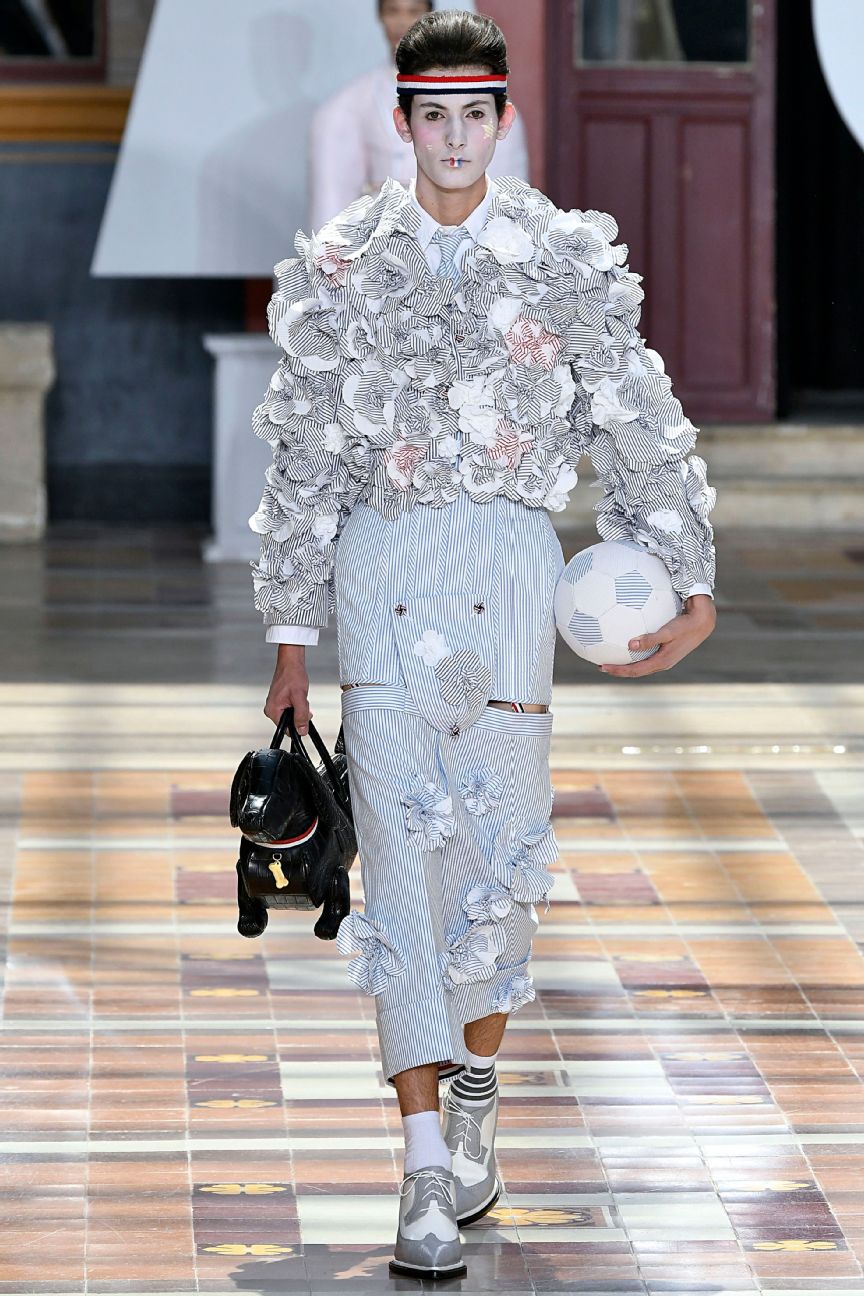 Dressed in off-kilter suits and casual wear, the models clutched footballs underneath their arms as they attempted to navigate the stage wearing giant spherical shoes. 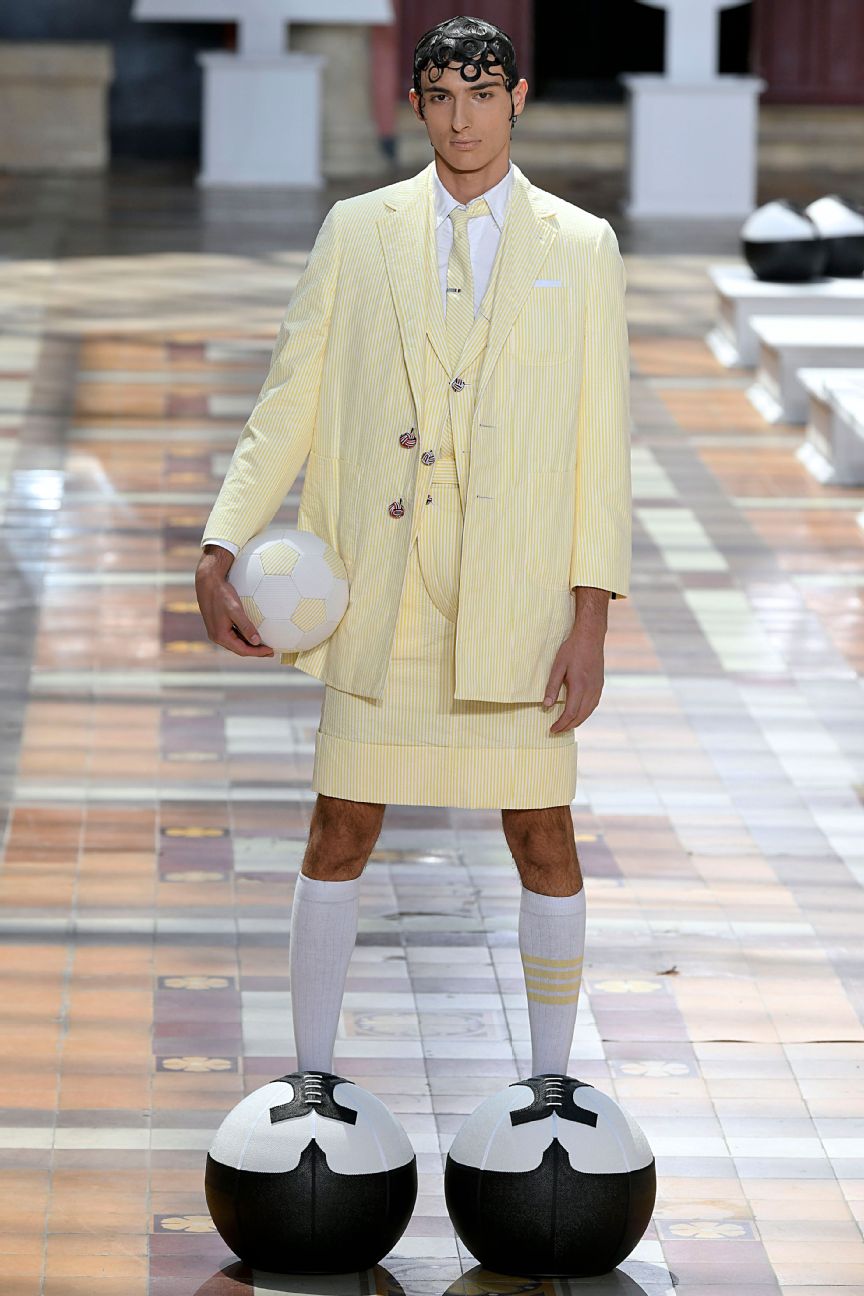 Alas, Barca chose not to adopt Browne's 2020 creations for use on long-haul Champions League trips -- if only because the bulbous boots would make using the stairs to board and alight the plane incredibly dangerous.