The 2018 World Cup is just over a month away, and all 32 teams are preparing in earnest for their shot at the trophy in Russia. ESPN FC is previewing every team ahead of the opening game on June 14. Find all 32 teams here.

Peru went from an awful start to an awesome finish in CONMEBOL qualifying as a late run of form allowed them to return to the World Cup after a 36-year absence. After seven games they had managed only four points, and with only five games left they were stuck in eighth place out of 10 teams.

The arrival of Gareca took some time to produce results, but officials were wise enough to support the coach, who was eager to give chances to several local, promising players. Gareca finally found a nice blend between youth and experience and the team started producing results. In fact, Peru hasn't lost a match in over a year-and-a-half. Their last defeat was a 2-0 loss against Brazil in November 2016. Since then they have gone undefeated in 12 matches.

The Court of Arbitration for Sport's ruling against Bolivia for fielding an ineligible player against Chile and Peru gave both teams points they had not won on the field and encouraged La Blanquirroja to keep fighting for a World Cup berth. In the process, they achieved historic results, such as first-time away wins in Paraguay and in Quito against Ecuador. A final-round draw against Colombia saw them clinch the fifth spot and a ticket to play an intercontinental playoff, in which they were much better than New Zealand and sealed their World Cup return.

Peru became a dangerous team by means of their defensive consistency. As a result of strong confidence in their back line, the team started breaking free and venturing forward, becoming very efficient and effective in front of goal. Their third virtue is of a more emotional nature: they are a close-knit group that resembles a family.

Without a doubt, this group's weak point is its lack of World Cup experience. Not even their manager has attended the competition, though he came close as a player to being a member of the Argentina national team that won the World Cup in Mexico 1986. Gareca was part of the squad that played the qualification matches; weirdly, he scored a decisive goal in the last round as Argentina made it to the World Cup with a 2-2 tie against ... Peru.

As far as the game goes, Peru has always suffered from set play, although they look a lot stronger in this area this time around.

Now that he is available again, Guerrero is Peru's main man. The 34-year-old was to have missed the trip to Russia after being suspended for six months by the CAS due to a positive doping test, but his clearance provides a boost.

Guerrero scored five goals in qualifying and has a national-team record 34 overall for Peru. Beyond him, the attacking responsibility falls to one of his best friends and the player behind him in that scoring chart, Jefferson Farfan. 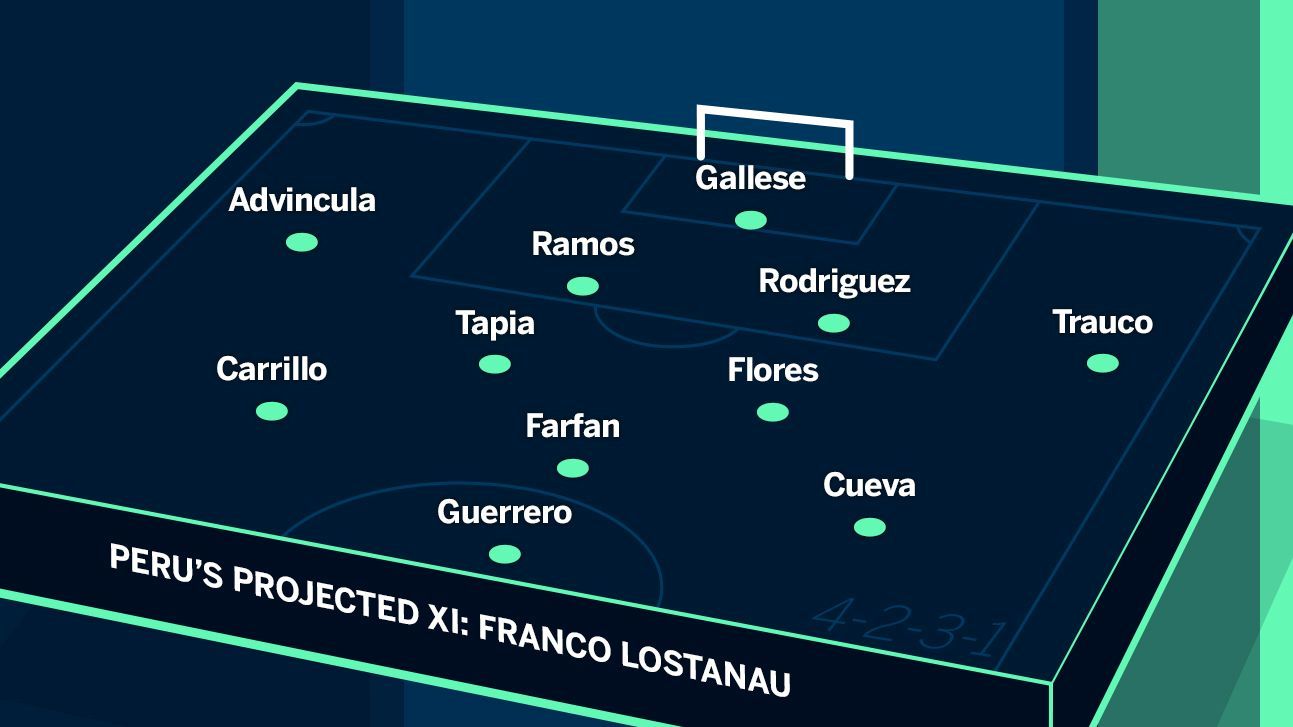 What the local media says

"The Peruvian media feels euphoric. A lot of us haven't ever seen Peru in a World Cup, and the truth is that our love for the national team has been fed mostly by defeats. Every single conversation in the street lands on the World Cup sooner or later. The media and the fans are confident and grateful for what the manager has achieved; both him and the team can count on massive support." -- Franco Lostanau

What the stats say 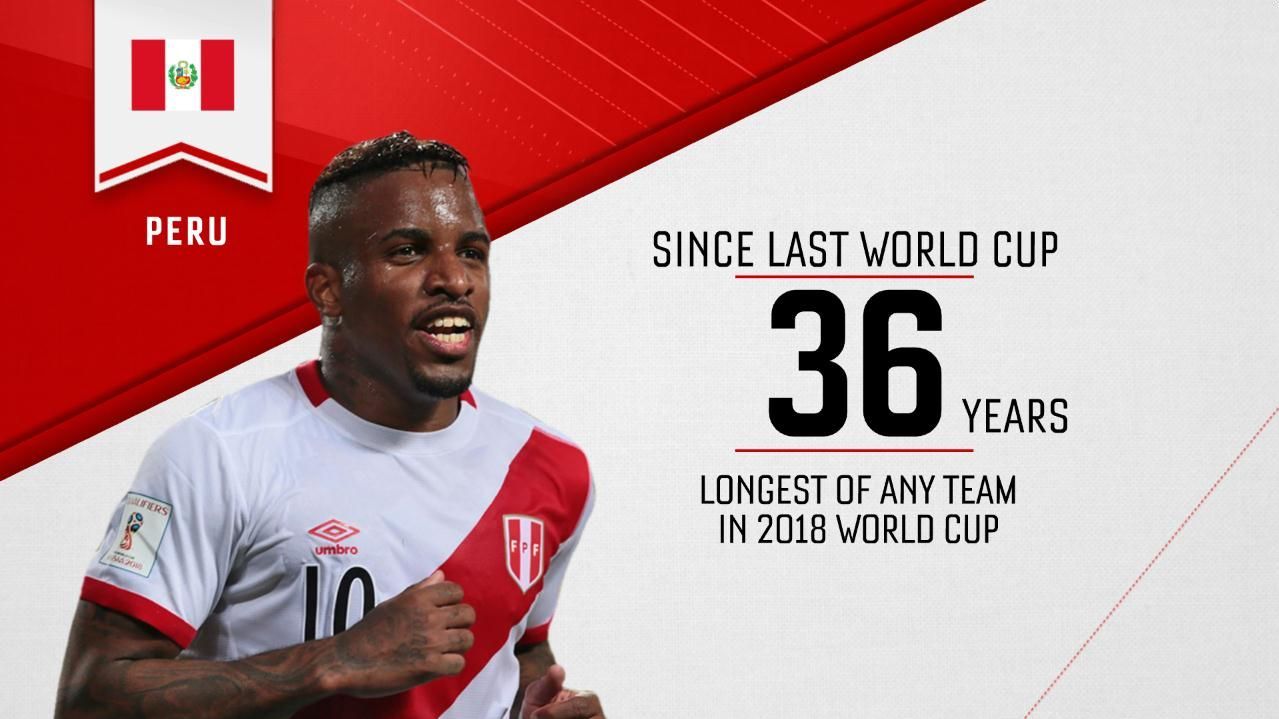 Peru should take this World Cup step by step, and their objective should be to get to the round of 16: From that moment on, anything can happen. If Peru get wins against Denmark and Australia, they should end the group stage in second place behind France. After that, logic says Argentina would follow, a very difficult rival and a hard-fought match.

Franco Lostaunau is the anchor of the Peru edition of SportsCenter. Twitter: @FrancoLostaunau