MILAN -- It will come as scant consolation to Milan, a quantum of solace to help them as they prepare for Thursday's Coppa Italia semifinal against Juventus. (Stream in U.S.: 2:45 p.m. ET, ESPN+)

"We were in great difficulty in the first half," Inter coach Antonio Conte said in reflection following Sunday's Derby della Madonnina, which Inter won 4-2 despite trailing 2-0 at the break. "Perhaps like never before so far this season. There was a risk of the floodgates opening."

Stefan de Vrij, the Man of the Match, concurred. "Things went wrong in the first half. Milan were deservedly in front." Fellow scorer Romelu Lukaku also "congratulated" Inter's 'cousins' for the manner in which they rattled his team in the opening 45 minutes.

It was the best Milan have played all season. Zlatan Ibrahimovic called the first half "almost perfect." It wasn't so much that he delivered a goal and an assist under the Curva Nord, becoming the oldest scorer in the history of this illustrious rivalry; it was the dominance Milan achieved by neutralising Marcelo Brozovic and overrunning Inter, particularly down the left, where the tandem of a reborn Ante Rebic and top scorer Theo Hernandez greatly agitated Conte. 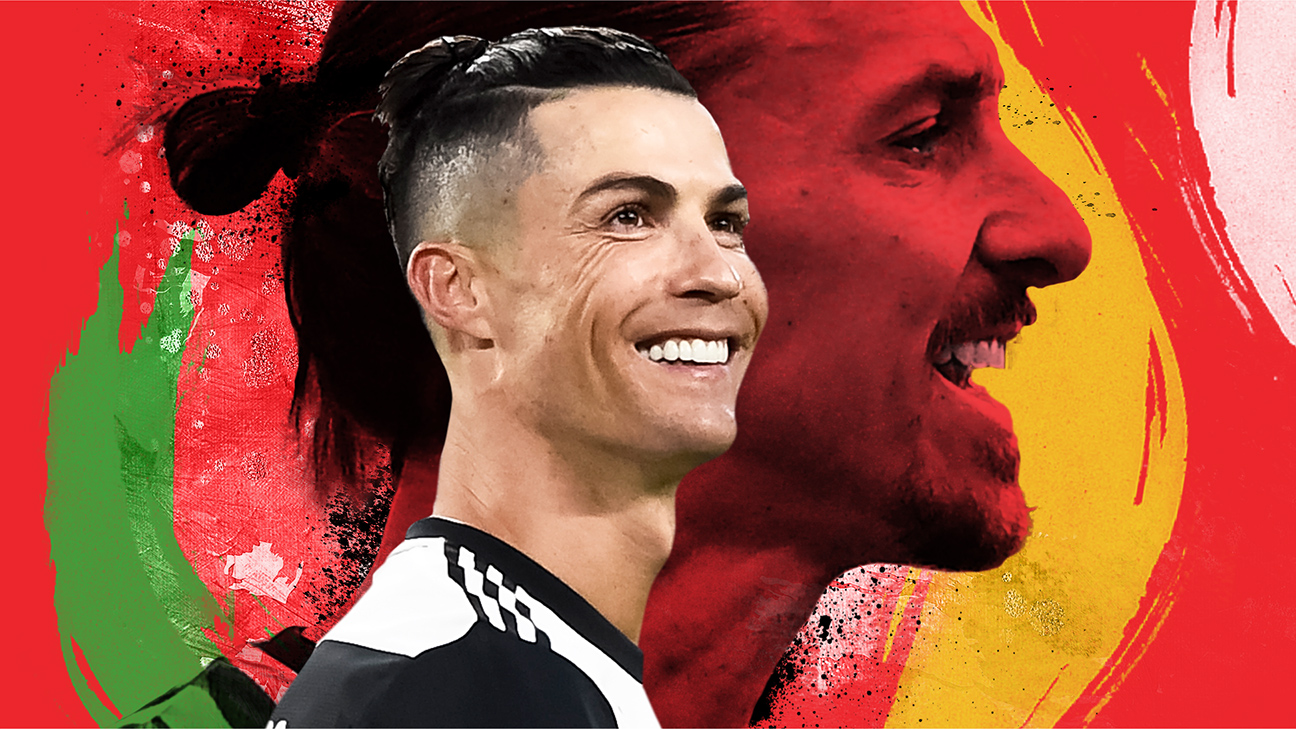 On Thursday, two of the most prolific scorers of their generation will meet for just the ninth time. What will Ronaldo vs. Zlatan deliver?

Knowing Conte and what awaited his players in the dressing room at the interval, everyone expected a reaction from Inter in the second half. Still, few people would have dared predict Milan losing this fixture after establishing a two-goal lead. After all, it hadn't happened in more than 70 years. "It's tough to explain this derby," Ibrahimovic admitted. The sight of him at the centre circle, hands on hips waiting for the restart, staring up at the scoreboard after Lukaku made it 4-2, left a strong impression.

"We lost confidence when the first goal went in. We played without any belief. We stopped pressing. At 2-2 we collapsed," Ibrahimovic added.

For a high to swing so suddenly and violently low, the second half evoking memories of the 5-0 defeat to Atalanta in December, the anger was understandable in Stefano Pioli's voice. His players had "compromised everything." If they'd "respected orders," the outcome would have been different. "I'm embittered because this team has to understand if we are to get to a certain level, determination and focus are very important."

Results had gone Milan's way earlier in the weekend, piling further importance on the derby. Roma lost on Friday, before Cagliari and Parma failed to pick up points on Sunday. Pioli and his players could begin to see Europe on the horizon. Sixth and unbeaten in 2020 when referee Fabio Maresca blew for half-time in the Madonnina, this week could have been euphoric. Instead, doubt is creeping back in, vulnerability is showing and, Ibrahimovic aside, this young Milan side still needs time to mature. But dwelling on Sunday's defeat isn't an option and Juventus' visit to San Siro this week doesn't allow for it.

The Coppa Italia is another gateway for Milan to get back into Europe, and the way things are playing out, we could well have a Derby di Milano in the final, with chances for redemption and revenge abound.

Oddly for a team top of the league and 22 points ahead of Milan, the mood isn't too different at Juventus. Four defeats since December, continued and uncharacteristic defensive frailties and the inability to either see games out or kill them dead have rocked a normally solid club. Patience in Maurizio Sarri is beginning to fray. Juventus should be miles out in front after Inter's sticky patch through mid-December into January. Instead, the Old Lady finds herself level on points and the momentum isn't with them.

Shortly after the season began, captain Giorgio Chiellini tried to manage expectations, insisting we wouldn't see the "real Juventus" until after Christmas. As was the case at Chelsea, the magic of Sarri's Napoli has yet to be repeated elsewhere and supporters are growing restless, but a single outstanding player is keeping them respectable.

At Stamford Bridge, it was Eden Hazard. In Turin, it's Cristiano Ronaldo, who has scored in each of his last 10 league games and is responsible for 71 percent of Juventus' goals since setting off on this club's record scoring streak. It begs the question: If the style of football hasn't dramatically improved with respect to last season, then what was the point in moving on from Max Allegri?

- Milan derby: A rivalry told through the food of the city
- Schoenfeld: Havertz is destined for the big time. But when?

In fairness to Sarri, the characteristics of the squad are -- as he keeps reminding us -- more conducive to an altogether different style from the one he became famous for at Napoli. The player who excites him most after Ronaldo (a certain Douglas Costa) keeps getting injured, and Chiellini's ACL tear in August diminished the leadership and aggression in defence. Merih Demiral's blown-out knee cut short a period in which Juventus' backline finally started to look at ease playing higher up the pitch and with the required pressure and compactness to both asphyxiate opponents and facilitate the quick short passes that distinguish Sarri's brand of football.

On Thursday, two of the most prolific scorers of their generation will meet for just the ninth time. What will Ronaldo vs. Zlatan deliver?

It was at this stage, in the first half of the season, when Miralem Pjanic in particular reached a state of grace and emerged as Juventus' best player. He has since faded and is back taking too many touches at the centre of a midfield in which his teammates spend more time covering for Ronaldo than creating.

Other than winning, Allegri's Juventus teams had no identity. He was pragmatic and expedient, choosing his system and players according to both the opponent and the moment. Sarri would, instead, have been keen to inherit a squad with a specific style and two players per position in support of it. Aware he'd need to adapt, the compromises he has struck have yet to convince.

In Serie A right now, Juventus neither have the best defence nor the best attack. Fifteen of their wins this season have been by a single goal, and teams know that if they go behind, Juventus will give them a chance to get back into the game. Wojciech Szczesny called their failure to manage the game against Verona "embarrassing," and without his saves this season, we perhaps would have been having this conversation about Sarri and Juventus a little earlier.

Thursday's Coppa Italia game will inevitably be seen through the prism of Ronaldo and Ibrahimovic. The years pass and decisive they remain, a pair of box-office attractions. Yet neither of them is enough on his own to make Juventus and Milan feel completely comfortable about who they are right now. As the season enters a critical phase, both remain a work in progress.