Manchester City's injury problems have worsened with Fernandinho expected to be out for up to six weeks.

The midfielder lasted just four minutes after coming on as a late substitute during the 3-1 Champions League win over Porto on Wednesday and Pep Guardiola, who is already without Kevin De Bruyne, Aymeric Laporte, Nathan Ake, Benjamin Mendy and Gabriel Jesus, is fearing a long spell on the sidelines.

"It is bad news," Guardiola said after the match. "It will be four to six weeks out. With this amount of games we need people here but it is what it is." 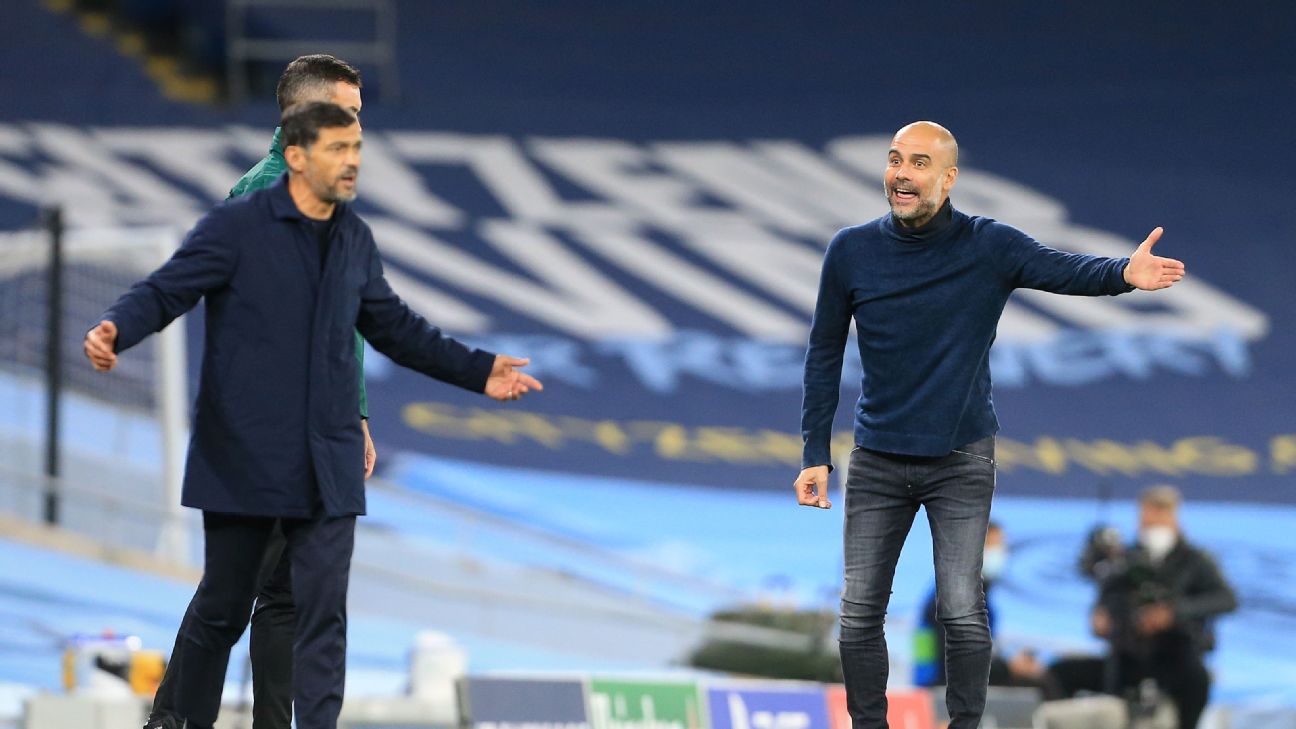 Guardiola is hopeful of welcoming back De Bruyne and Laporte to training on Thursday ahead of Saturday's trip to West Ham United.

Ake was left out of win over Porto as a precaution but Jesus and Mendy are set for longer spells on the treatment table.

"[On Thursday] we'll start with Kevin and Laporte training but I don't know how they'll come back," Guardiola added.

"We get players back and others we lose. In three days we go to London and then to France to play Marseille and then Sheffield. It's so demanding and we need all the players back."

In the absence of Laporte and Ake, Guardiola paired Ruben Dias with Eric Garcia against Porto.

Garcia has so far refused to sign a contract extension and is wanted by Barcelona but the City manager has not given up hope of convincing the 19-year-old to stay.

"I know he wanted to leave, maybe we can seduce him to extend with us," Guardiola said.

"He's a guy who is so stable in many things and we are so happy to have him here."