It was, simply put, a cursed event for the UFC in Tampa this past weekend.

Several fights fell off the card due to injury or potential doping violations. A marquee lightweight contender headliner between Khabib Nurmagomedov and Tony Ferguson fell through. A rematch between two legends in Lyoto Machida and Dan Henderson was canceled days before the event after Machida admitted to taking a banned substance.

Nevertheless, some bouts were still fought at Amalie Arena on Saturday. And the results will affect several divisions.

Here's what mattered most this weekend:

Unsurprisingly, retirement talk immediately began swirling around Evans, 36, after he was knocked silly by a Glover Teixeira left hook less than two minutes into the fight. 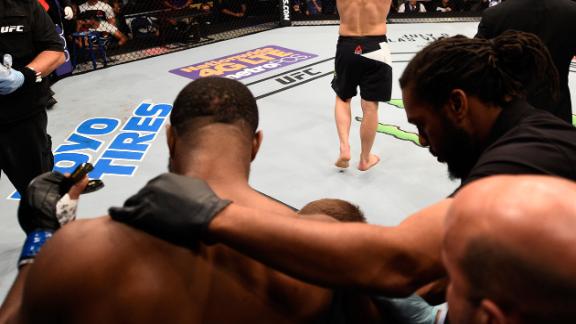 After all, the story going in revolved around the possibility of Evans recapturing his old form. He was afforded something of a pass in October, when he looked bad in a decision loss to Ryan Bader. That performance was a the tail end of a two-year injury layoff, and the hope on Saturday was that Evans would somehow look like the dominant, explosive boxer and wrestler he once was.

When that didn't happen, many jumped to the conclusion Evans needs to hang it up. It's hard to say whether they're right because there's a lot we just don't know. Declarations on the state of his chin, however, seem overblown. This loss, although cringeworthy, was only the second KO of his career. And it's not as if Teixeira is a light hitter. There's really no shame in going down from the punches he took. 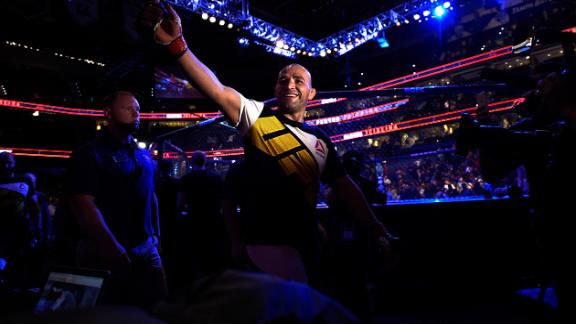 But while Evans doesn't necessarily look washed up, he's not a title contender anymore. Some say that when you no longer have a chance to be the best, it's time to walk away. But for Evans, that might be only half true. Why can't his goal be to have one more fight against an appropriate opponent, if that's what he wants? I don't want to see Evans against a top-five fighter anymore, but if he landed a fair final fight? I'd watch that one more time.

We need to see Glover Teixeira vs. Anthony Johnson

We also need to see Johnson vs. Jon Jones, but with Jones tied to Ovince Saint Preux (and, if he wins, Daniel Cormier) for the time being, Teixeira has it right. He called for "Rumble" in his post-fight comments, and that's a spectacular fight the UFC should make, regardless of how it might affect the 205-pound ladder.

There was some hope that Nurmagomedov would be down for a quick turnaround against Ferguson in May, after smashing short-notice UFC newcomer Darrell Horcher in two rounds. Ferguson, who was forced to pull out of the weekend fight due to blood in his lungs, wanted Nurmagomedov on May 29 in Las Vegas. 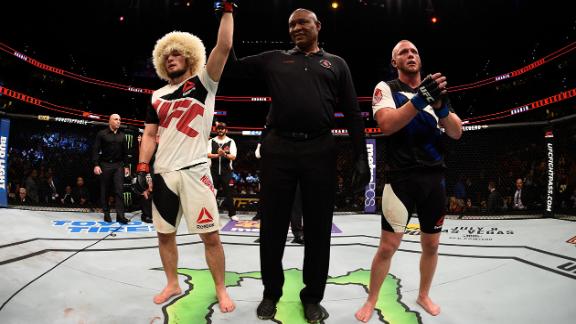 Nurmagomedov put the kibosh on that idea, however, and said he's waiting for a title fight in the fall. "After two years, six months is nothing for me," Nurmagomedov said. "Tony is calling me for May 29, but my camp began in January, almost 100 days. I feel my body needs rest."

A practicing Muslim, Nurmagomedov won't fight this summer, as he does not compete during the month of Ramadan. It would be real nice to see the 27-year-old in one more fight before a title shot, as Saturday essentially amounted to a tune-up fight -- but if Nurmagomedov does fight for the championship this fall, it won't be unwarranted.

Dana White says Rose Namajunas still a 'fight or two' away from title shot, which is OK 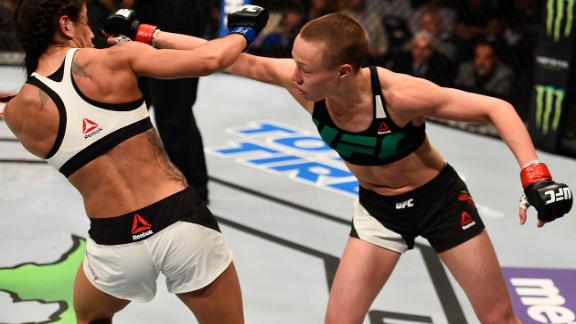 Strawweight Rose Namajunas breaks down her victory over Tecia Torres in their rematch at UFC Tampa. Watch

Namajunas is getting there.

But she's not there quite yet in terms of fighting (and beating) an opponent like defending champion Joanna Jedrzejczyk.

White's exact words were, "I don't know if Rose is too excited to rush in there for a title shot -- again." It's easy to forget Namajunas fought for the belt once before. She's only 23. She has the potential to be a star. Rushing her back into a title fight, even if the rankings say she's next, would probably do more harm than good.