UFC 258 included the expected from welterweight champion Kamaru Usman and strong performances from both women in the co-main event, Alexa Grasso and Maycee Barber. It also included one of the most surprising results in recent memory as Anthony Hernandez defeated Rodolfo Vieira, a seven-time submission grappling world champion, by submission.

The event at the UFC Apex in Las Vegas on Saturday night offered a prime showcase for a number of fighters who look to continue their chase for a title. Grasso showed a new dimension to her game and offered Barber a potential blueprint to follow. Hernandez now has the attention of the UFC, so what can he do with it?

But at the end of the night, all eyes were once again on Usman, who held the 170-pound belt once again. Where does the champion, and his latest challenger, Gilbert Burns, go from here?

Okamoto: Who's next for Usman and Burns?

Who's next for Usman: Leon Edwards

This is the only answer right now. The only one. Edwards just lost an opponent in Khamzat Chimaev, whom he was to face on March 13. He wants to stay on that card, and the UFC is trying to book him a new opponent. Potentially Colby Covington, according to UFC president Dana White. 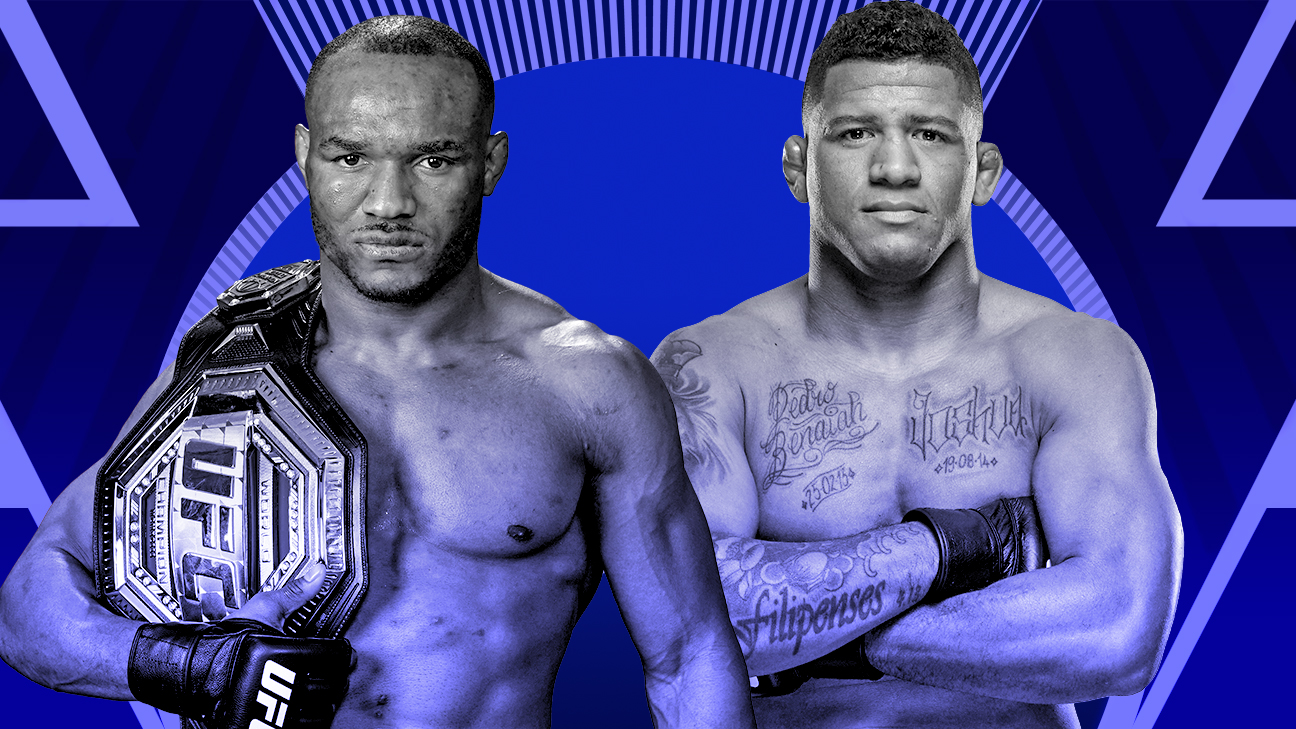 If the PPV is purchased, all fights from UFC 258: Usman vs. Burns will be available to watch on ESPN+.

Regardless of whom Edwards gets -- or even if he gets no one -- if he wins, he's next. If he ends up not getting a fight at all, he's next. The man has done everything you could ask to earn a title shot. Covington isn't booked. Jorge Masvidal isn't booked. Edwards was willing to fight Chimaev, a guy no one wanted. He's the No. 1 contender as of this moment, and as long as he doesn't take a fight and lose, there's nothing that would change that.

The UFC likes this rematch because the first fight was so good. Usman is also open to it. Covington is coming off a dominant performance against Tyron Woodley. He's in the running for a title shot, but he shouldn't be ahead of Edwards.

Who's next for Burns: Khamzat Chimaev

It's clearly not the result Burns was looking for, but no one has been able to beat Usman in all the time he has been in the UFC. So, while you never want to lose, there's no shame in a loss to that level of opponent.

Burns doesn't fall too far in the rankings because of this. Honestly, I'd love to see Burns fight Masvidal, because I think it's a great fight stylistically. I don't know what Masvidal wants right now, but I don't think he wants Burns. Just my speculation.

So, what's a realistic next fight for Burns? Well, if Chimaev recovers in the near future, how about him? The UFC is still going to want to put Chimaev in a big fight, and Burns is one of those welterweights who seems to be willing to fight anyone. Fans would embrace this matchup. If Chimaev comes back in a reasonable amount of time, let's do it.

If Edwards gets the next title shot, which I believe he should, Burns vs. Covington is an obvious fight to make. There's been talk of Covington vs. Masvidal, but that one doesn't seem close to being made. If it's not coming together, this is a good matchup to which to pivot.

Maycee Barber has lost two in a row. Her plan, as one of the top prospects in all of MMA, was to become the youngest champion in UFC history. That won't happen now -- and that's totally OK. Barber is just 22 years old. There's really no rush. She wasn't really ready for champion Valentina Shevchenko anyway. Few are. This short skid at this juncture in Barber's career might end up being a blessing in disguise.

If Barber wanted a good example as to what the future could be, she should look no farther than the woman who beat her Saturday night: Alexa Grasso. Six years ago, Grasso was one of the hottest prospects in MMA. UFC president Dana White was in attendance to see her at an Invicta FC card in Los Angeles and gushed about her potential. Grasso was supposed to have a meteoric rise and become the UFC's next big Mexican star. That didn't happen. But guess what: Grasso has moved up from strawweight to flyweight and has won two straight. After her victory Saturday night, she is now a legitimate contender at 125 pounds.

Grasso is only 27 years old. She's in her athletic prime. Barber is five years younger than her, and all she has is time. And what Barber was able to do in the third round, making adjustments and going for a finish against Grasso when she needed one, was a positive sign. Barber needs a consistent home in which to train. Maybe she has found that in Chicago with Mike Valle and Israel Martinez. No, she might not become the youngest UFC champion ever. But that doesn't mean she won't wear that gold belt one day.

Wagenheim: Anthony Hernandez submitted the most shocking result of the night

Who knows, maybe his nickname, "Fluffy," played a role in Hernandez being installed as one of the biggest underdogs of the night. A more likely factor was Hernandez's results over the past three years -- just one victory in his four most recent previous fights. Mostly, though, the +370 odds against him were a statement about his opponent, Rodolfo Vieira, who came in unbeaten in MMA with an elite pedigree in one of the sport's key disciplines.

Vieira had just two UFC appearances under his belt, but that belt is a black one from his storied career in Brazilian jiu-jitsu. The 31-year-old from Rio de Janeiro is a seven-time submission grappling world champion. In over 100 professional grappling matches, he has been submitted only once.

But now Vieira has a submission loss on his MMA record. Hernandez, who afterward revealed that he is just a purple belt, got the finish by third-round guillotine choke.

Of course, elite grapplers such as Braulio Estima and Bernardo Faria would like to have a word with Hernandez. They did not fare as well in world championship showdowns with Vieira, but the rules of jiu-jitsu did not allow them to soften him up with punches, elbows and head kicks, as Hernandez did before finishing with the choke.

The record book just shows a submission victory for Hernandez, though, with no asterisk added for the damage done prior to the tapout. And any bettors who cashed tickets reading "Hernandez by submission," at 30-1 odds, according to the broadcast, sure aren't giving back the money won. No matter how one tries to qualify it, that was a special finish, the kind that will make fans put respect on the "Fluffy" name. And future opponents will have something to think about -- Hernandez's defensive grappling early on against a ground virtuoso, his grit to turn the tables and his guts to go for the most unlikely of finishes.

Miley Cyrus responds to Julian Marquez, with a challenge

Julian Marquez had a memorable night at UFC 258. First, he walked out to Miley Cyrus' cover version of Blondie's hit "Heart of Glass." Not a song you would necessarily expect to hear from a fighter walking to a cage fight.

He then pulled off one of the more impressive wins of the night. He was down on all three scorecards and needed a finish to win, and with 43 seconds left, he tapped out Maki Pitolo with an anaconda choke to earn a $50,000 performance-of-the-night bonus.

It was Marquez's first win since Dec. 16, 2017 as injuries have kept him out of the Octagon, and he didn't waste the opportunity in his postfight interview.

"I've been waiting 31 months to get on this damn mic, and to call these people out right now," Marquez said, acting as if he were about to call out his next fight, before adding: "This is my time to shine, so Miley Cyrus, will you be my valentine?"

In what might have been a bigger surprise than Marquez's come-from-behind win, Cyrus responded.

Shave an MC into your chest hair and I am YOURS ❤️ Happy VDay and Congrats my love!

"Shave an MC into your chest hair, and I'm yours," she tweeted. "Happy VDay and congrats my love!"