Usman will be competing against the legacies of the greatest welterweights in MMA history. Usman has put himself in that conversation by winning his first 13 UFC fights, something no other welterweight has ever done. If Usman wins Saturday, he'll stand alone with the second-longest winning streak in UFC history, behind Anderson Silva's 16 from 2006-12. Currently, Usman is tied with Max Holloway, Jon Jones, Khabib Nurmagomedov, Demetrious Johnson and Georges St-Pierre for the second-longest.

There's no denying Usman is in Hall of Fame company statistically, but where does he rank among the greatest welterweights of all time? Where is Usman's place on the MMA Mount Rushmore of welterweights?

"If you had to look at some of the best ever in the division, of course you have to put GSP there," Usman told ESPN recently. "I hate to do it, but I would have to put myself in that conversation, because I think I'm the most well-rounded one out of everyone, just because the sport has evolved so much.

Usman's MMA welterweight Mount Rushmore is very similar to the one picked by an 11-member ESPN panel, which features -- in order -- GSP, Hughes, Usman and Tyron Woodley.

Could Usman ultimately surpass GSP as the welterweight GOAT? Our panel breaks it down.

St-Pierre's legacy cemented as greatest MMA fighter of all time

Georges St-Pierre is the greatest welterweight mixed martial artist who's ever walked the face of the earth. Period. End of story ... at least until the day when Usman or some other work-in-progress successor writes a dramatic new chapter. Why do I feel so confident in proclaiming St-Pierre as the greatest 170-pounder ever? Because, to me, GSP is the greatest MMA fighter in any weight class who's ever graced our planet.

Making a case for GSP as the greatest overall, though, is an eye-of-the-beholder argument that also weighs the considerable merits of dominant men at light heavyweight, middleweight, lightweight and flyweight, for starters, plus a certain woman who reigns in two weight classes. It's a competitive race, to be sure. But if we stick to the welterweight discussion, St-Pierre is the MMA equivalent of Usain Bolt, running far ahead of the pack.

When St-Pierre stepped away from the sport as reigning UFC welterweight champion in 2013 -- he would return four years later for one title-winning middleweight bout -- he was riding a 12-fight winning streak. His final nine fights at 170 pounds were title defenses, a record for the weight class. GSP also owns UFC welterweight records for most title fight victories (12) and most victories overall (19). He landed the most strikes of any 170-pounder in history (2,523) and also the most takedowns (87).

St-Pierre's versatility transcended the numbers he piled up. He gains style points for being equally comfortable, adept and dangerous as a standup fighter and as a grappler. GSP was masterful at utilizing his strategic approach and finely tuned athleticism to take his opponents out of their comfort zone. If you spent a night inside the cage with St-Pierre, you almost certainly were going to fight his fight. And you almost certainly were going to end up settling for second place.

GSP did have two losses on his record, but he faced both of his conquerors in rematches and knocked them out. Georges St-Pierre left no stone unturned.

Hughes was a trailblazer

Relive the wins by Hughes and Liddell at UFC 52

On April 16, 2005, Matt Hughes retained his welterweight title vs. Frank Trigg and Chuck Liddell won the light heavyweight belt for the first time by knocking out Randy Couture. For more UFC, sign up here for ESPN+ http://plus.espn.com/ufc.

Before there was an Usman, before there was a Woodley, even before there was a St-Pierre, there was Matt Hughes. In the early-to-mid aughts, with the division (and sport as we know it) still in its infancy, Hughes defined what it meant to be the UFC welterweight champion. He won the title with an incredible slam knockout of Carlos Newton on Nov. 2, 2001 at UFC 34, and he then reeled off five title defenses in about a two-year span.

Hughes wasn't just establishing himself as one of the best fighters in the world at that time, he was helping cement 170 pounds as one of the elite divisions in the UFC. During that reign, Hughes beat Newton again, stifled the up-and-coming Sean Sherk and finished Frank Trigg in a grudge match. Hughes dropped the welterweight belt to BJ Penn at UFC 46 on Jan. 31, 2004, but regained it later that year with an armbar finish over St-Pierre at UFC 50 on Oct. 22. Hughes defended the title twice during his second reign with a submission-of-the-year win over Trigg -- he carried him across the cage, slammed him and choked him out -- and by avenging his loss to his rival, Penn. St-Pierre would take the welterweight torch from Hughes for good at UFC 65 on Nov. 18, 2006.

The Best MMA Welterweights of All Time

All told, in that span of about five years, Hughes defended the title seven times, beat the likes of St-Pierre and Penn, and racked up a 12-1 UFC record. It remains one of the best five-year stretches in UFC history, and at the time Hughes was considered perhaps the best pound-for-pound fighter on the planet. Hughes still has the most finishes in UFC welterweight history (11) and he has the second most finishes in UFC title fight history (8). Only St-Pierre has more title defenses and title fights in UFC welterweight history than Hughes.

On top of all those successes inside the cage, Hughes was a major draw at the box office and on pay-per-view. His rivalries with St-Pierre and Penn are some of the biggest in the history of the sport, not just in the 170-pound weight class. Hughes had trilogies with both men and all six of those bouts were big sellers. Hughes also had big wins over the likes of Matt Serra, Royce Gracie and Renzo Gracie.

Hughes was inducted into the UFC Hall of Fame in 2010. His work in building the welterweight division into a UFC stalwart is still paying dividends, with some of the biggest fights in promotion history coming at 170 pounds.

Usman should be No. 2, for now

Kamaru Usman gives his thoughts on the best welterweights of all time.

There was a time when it would have been unfathomable to think a UFC welterweight could ever surpass the legacy set by Georges St-Pierre -- but such is the case with Usman.

The mystique and grandeur of St-Pierre's accomplishments will always be difficult to overcome. In addition to being a dominant champion, he was a trailblazer for the sport in so many ways. But if Usman continues to follow his current path, this question: "Who is the greatest welterweight of all time?" will become a genuine debate.

Statistically, Usman is one of the best we've ever seen. He is one of only three fighters -- including Silva and Nurmagomedov -- in MMA history to begin his UFC career 13-0. He has surpassed St-Pierre's divisional record of a 12-fight win streak. He has defended 100 percent of opponents' takedown attempts. And he will seek his fourth consecutive title defense against Masvidal at UFC 261 in Jacksonville.

And in terms of competition, I don't think there's any debate that Usman has faced -- and will continue to face -- a slightly higher level than did St-Pierre. That's not an indictment of anyone St-Pierre fought. In fact, I would argue that compared to other champions of his era, St-Pierre's list of title contenders was one of the more challenging. But St-Pierre has admitted that mixed martial arts has evolved leaps and bounds over the last decade. Contenders are more well-rounded and divisions are deeper. St-Pierre was able to secure a UFC title shot in just his third appearance for the promotion. Usman was 9-0 and three years into his UFC career before fighting for a championship.

This 'Mt. Rushmore' list is based on what a fighter has done, not what he might do by the end of his career. But in Usman's case, it's hard not to look ahead. Because he is already, undeniably, one of the top four welterweights in this sport's history -- and in my opinion, he's already, undeniably, No. 2. That begs the question of whether he will eventually become No. 1. Even though some of his potential title fights in the near future are rematches -- Masvidal, Colby Covington, Leon Edwards -- there is plenty to gain from them. And I know for a fact he wants to be active right now.

Within the next 12 months, it's not hard to envision a scenario in which Usman defends his 170-pound championship three more times (bringing his number of defenses to six), and potentially assume the title of best pound-for-pound fighter in the world. If he does those two things ... not only would he solidify his spot on a welterweight Mt. Rushmore, I think he dethrones GSP as welterweight GOAT.

They will appreciate him when he's gone.

That's what comes to mind when I think of Tyron Woodley, who I don't think was appreciated enough during his title reign from 2016 to 2019.

Why? Maybe it was because the first two names he called out when he won the title - via an incredible knockout of the historically unknockoutable (is that a word?) Robbie Lawler -- were Georges St-Pierre and Nick Diaz, instead of the top contenders at the time. I think that might have rubbed some people the wrong way, including the UFC brass. Which leads me to another potential reason: it never truly felt like the UFC got behind Woodley because they butted heads too many times. Why? I'd love to know, but that's how it always came across.

Some guys connect with the audience, others don't. Woodley was the latter, and that is a real shame because he was a tremendous fighter with an even better backstory. 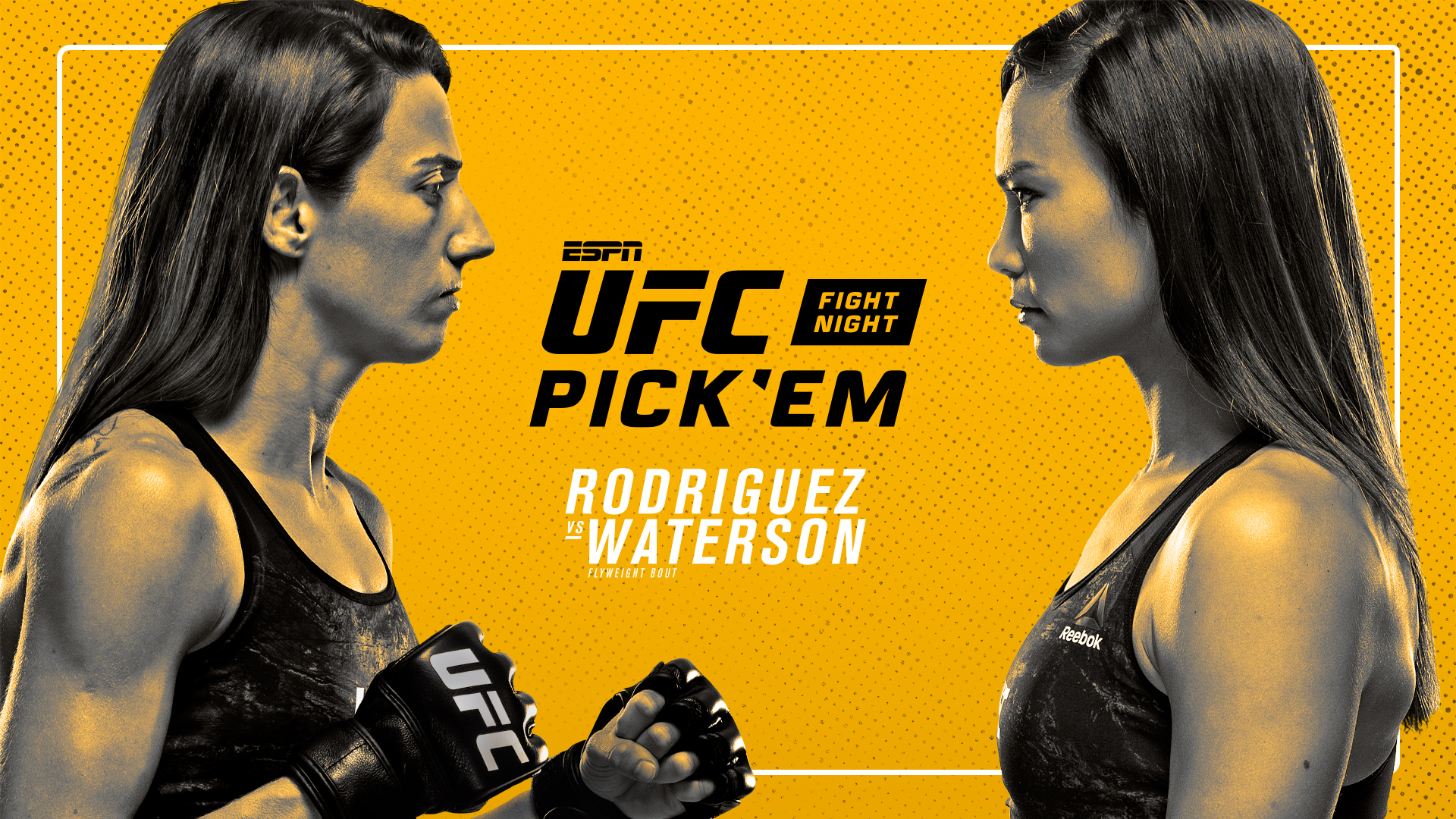 Compete for a chance to win a streaming of UFC 263 for FREE! Make Your Picks

But his resume speaks for itself: 19 wins, 12 finishes, 63% finishing rate (which is more than GSP, Usman, Johnny Hendricks ...), and four victories in title fights.

Is he on the level of a GSP or Matt Hughes? No. GSP had 11 victories in welterweight title fights, while Hughes had nine. But he's tied with Usman (for now) and had more than Lawler and Hendricks.

Lots of talk these days surrounds whether Usman is close to surpassing GSP for the greatest welterweight of all time. He's nowhere near that conversation yet. He's in the Woodley conversation at the moment, and that's a great place to be.

Woodley obviously won't be surpassing Usman. His UFC run might be done. And we will miss him when he's gone.