Ciryl Gane dominated Derrick Lewis to win the UFC interim heavyweight title at UFC 265. There was no big punch or comeback moment from Lewis this time around as Gane dictated every moment of the fight. Now Gane is set up to face Francis Ngannou for the undisputed title.

Gane is the UFC's first French-born champion, and he and Ngannou trained together for a time at the MMA Factory in Paris. The UFC is eager to debut in France, which legalized MMA last year, and whether or not that debut will include a heavyweight unification bout, the fact that there is a French-born champion is an important development for the promotion.

Prior to the main event, Jose Aldo returned to the Octagon with hopes of proving he belongs in the discussion of the best bantamweights in the UFC. The two-time former featherweight champion showed impressive boxing and patience as he defeated Pedro Munhoz by unanimous decision, and while he is still at least a fight or two away from another title opportunity, he's beginning to build some momentum with back-to-back wins after a three-fight losing streak.

Vicente Luque is also making a case at welterweight after a thrilling submission victory over Michael Chiesa, and Rafael Fiziev showed heart in his latest win over Bobby Green. What does the future look like for each?

Gane with gold is boon for UFC's global plans

Raimondi: The UFC lobbied to get MMA legalized in France for more than a decade and really ramped up efforts there four years ago. Finally, the sport was approved in France in 2020, and the UFC plans on holding multiple events there per year, UFC COO Lawrence Epstein told ESPN last month. 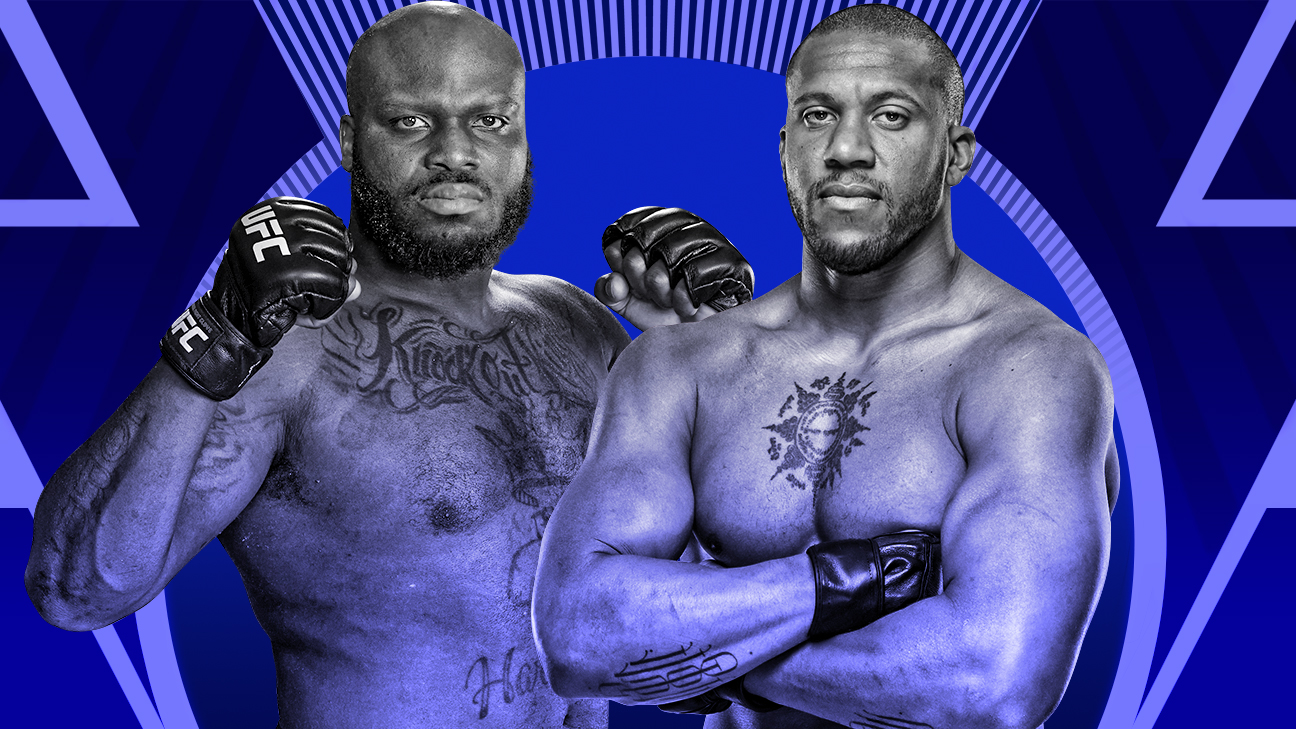 If the pay-per-view is purchased, all fights from UFC 265: Lewis vs. Gane will be available to watch on ESPN+.

What better way to debut in France -- which the UFC has pegged as a red-hot market -- than with a French-born fighter holding a UFC title?

Gane was dominant, finishing Lewis in the third round via TKO after putting on a clinic the entire way. On an individual level, it's an incredible story. Gane only started training in MMA three years ago -- he fought in Muay Thai for two years before that -- and now he's one of the best heavyweights in the world, queued up to fight for the undisputed belt against his former teammate Ngannou.

For the UFC, though, Gane's win is extremely meaningful for its business. The UFC was already prepping to go to France with a card as soon as COVID-19 restrictions are lessened. Now, the promotion can potentially do that with Gane headlining -- or, even better, Ngannou vs. Gane for the heavyweight title in a battle of fighters who came up training together in Paris.

One of the keys to the UFC's expansion efforts is hometown heroes. Gane's rise could not have come at a better time.

"Everything in life is about timing," UFC president Dana White said in the postfight press conference. "This kid becomes the heavyweight champion tonight. We worked long and hard and spent a lot of money to get France done. And here we are."

Gane is only 31 years old and just completed his 10th career fight. No matter what happens between him and Ngannou, "Bon Gamin" isn't going anywhere. He's going to be a major cog in that heavyweight division for a long time. Credit must go to Gane's coach Fernand Lopez of the MMA Factory, who also built Ngannou into a UFC heavyweight title contender in a similar period of time. Surely, there are others in France right now seeing what Ngannou and Gane have been able to do and wanting to try their hands at MMA.

In Gane, the UFC now has a ready-made star to showcase in France when it wants to go there, much like Alexander Gustafsson once was in Sweden. The UFC packed 30,000 people into a Swedish stadium to watch Gustafsson against Anthony Johnson back in 2015. There could be similar massive fights like that for Gane in his home country.

"As the NFL tries to expand its fanbase in France, for example, they need some French athletes," Epstein told ESPN in reference to the hometown hero idea. "That's tough. We have a really strong advantage in that space with athletes from all over the world."

As far as France goes, UFC execs really believe, based on analytics, that it has a chance to be one of its most important international markets. For one, fans there have never been to an MMA event -- it was illegal. France also has a tremendous history in martial arts, especially judo and karate. Per the UFC, France has the second-most followers on the UFCEurope Facebook page. The only region with more is the United Kingdom, which has hosted UFC events for 20 years.

Epstein said the UFC doesn't just want to hold events in Paris, either. There are plans to run events in several parts of the country as soon as it's logistically possible.

All the ingredients are in place, and with Gane's surge, the sky could be the limit.

Aldo title shot aspirations have more life than we thought

Jose Aldo and Pedro Munhoz delight the Houston crowd with a bantamweight classic in the co-main event of UFC 265.

Murphy: Following an eerily quiet fight build-up for the King of Rio, Aldo proved there might be some magic left in the former pound-for-pound king. His sweep of countryman Munhoz was comfortably the best Aldo has looked in his four bantamweight appearances. It's plausible to credit greater comfort with his weight cut, time spent with the Brazilian Navy boxing or just career twilight desperation as the clock ticks down, but Aldo picked a very good night to have a very good night.

You could confuse Saturday's striking exhibition with any of Aldo's title defenses in his prime. Aldo's 114 significant strikes landed are a career-high in his 26 UFC/WEC appearances -- and that includes five-round fights. That's a staggering stat. Aside from bantamweight champ Aljamain Sterling and likely title challenger Petr Yan, the only higher-ranked fighters at 135 pounds are TJ Dillashaw, Cory Sandhagen and Rob Font -- a list which may shrink with the next poll. Take your pick: Any fight pairing among those has No. 1 contender potential. With a quick consideration of what an Aldo loss Saturday would've meant -- a seventh dropped bout of his last 11 -- any hopes of future big-money fights were on life support.

Turning 35 next month, the UFC 265 co-main felt like a now-or-never situation for Aldo's championship resurrection. The Aldo aura may not be all the way back, but a visible, believable avenue back to a title shot has reemerged.

Legaspi: After submitting Randy Brown last August, Vicente Luque said he was ready for the big names in the division and called out Nate Diaz. That mention on the mic didn't gain any traction. One year later, after choking out Michael Chiesa on Saturday, Luque got back on the mic and called out the champ. The reaction was different this time. Champion (and Luque's former teammate) Kamaru Usman replied on Twitter that his title shot aspirations were closer to becoming a reality.

Usman will fight Colby Covington in November, but after that rematch there's a logjam among the top contenders of the division. Jorge Masvidal and Diaz are coming off losses, and while the names are appealing, they aren't the most competitive fights. Usman's real competition for the title is Leon Edwards, who is on a 10-fight unbeaten streak and defeated Luque in 2017. A fight between Luque and Edwards makes a lot of sense if the winner were to secure the right to face the champion.

Usman looks so complete at this moment that only an opponent who knows him well and has the skills to end a fight with one movement can put him at risk. And that's what Luque brings to the table.

Rafael Fiziev showed a lot against Bobby Green, and that experience will make him better

Okamoto: Anyone who has followed my commentary on Fiziev knows that I'm super high on this lightweight from Kyrgyzstan. And nothing I saw on Saturday changed that.

For the most part, Fiziev dominated Green during the first half of that fight. He was sharper, more technical, he showed variety, volume and a lot of offensive swagger. The momentum of the fight actually swung after Fiziev nearly finished Green. He thought he had Green hurt and unloaded a long flurry near the fence. Fiziev is a well-built lightweight and throws with a ton of power, so when Green survived that onslaught, it was immediately clear that Fiziev had gassed himself out a bit.

From that point on, I thought Green did the better work, but it was already Fiziev's fight on the scorecards. I'm impressed with Fiziev maintaining his composure even when he was tired, and his ability to finish a bout relatively strong against a veteran who knows how to use those later rounds to his advantage. You can bet Fiziev will think twice about emptying the gas tank on a hurt opponent in the future, but that's an important lesson for him, and he got to learn it without having to take a loss.