Badminton was the biggest winner in the inaugural ESPN India Awards, with PV Sindhu, Kidambi Srikanth and Pullela Gopichand winning awards for best sportsperson and best coach. The Indian women's hockey team, which won the Asia Cup, won the award for Team of the Year, and Aditi Ashok was named Emerging Player for a standout year on the golf course.

Here is the full list of winners and all the relevant coverage. 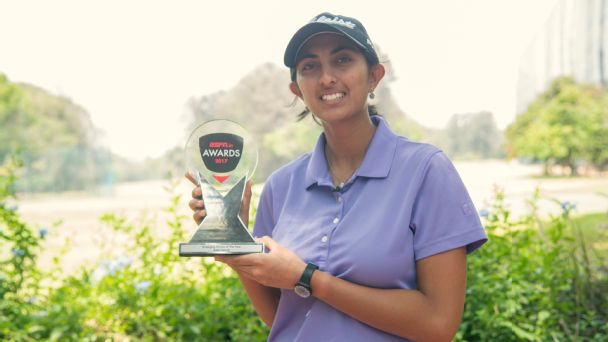 Sportsperson of the year: PV Sindhu and Kidambi Srikanth

- The year of Kidambi Srikanth

- Back to No. 2, PV Sindhu targets top spot in rankings

Coach of the year: P Gopichand

- When Sindhu, Okuhara left everything on the court

Comeback of the year: Mary Kom

Moment of the year: Jeakson Singh's goal for India at the U17 WC

- The historic header that almost wasn't

- Tales of courage and grit aplenty in Differently-Abled nominees

- Men that matter: Gopi, Harendra shine in Coach of the Year nominations

- Moment of the year: Jeakson's header, Aizawl's fairytale and more

- Experienced Bopanna, kabaddi find Sachin in our five that missed the shortlist

- Millet: Advani one of the greatest players India has ever produced

- From Petkar to Jhajharia: How things changed for para athletes

- Aizawl's fairytale finish to Sindhu's marathon: Our staff pick their Moment of the Year

- Quiz: How well do you know the nominees for ESPN India Awards?