The former collegiate wrestler failed to take dos Santos to the floor on Saturday but ended up knocking him out on the feet at 1:06 of the second round. The fight headlined the UFC's event in Raleigh, North Carolina, and improved Blaydes' UFC record to 8-2. 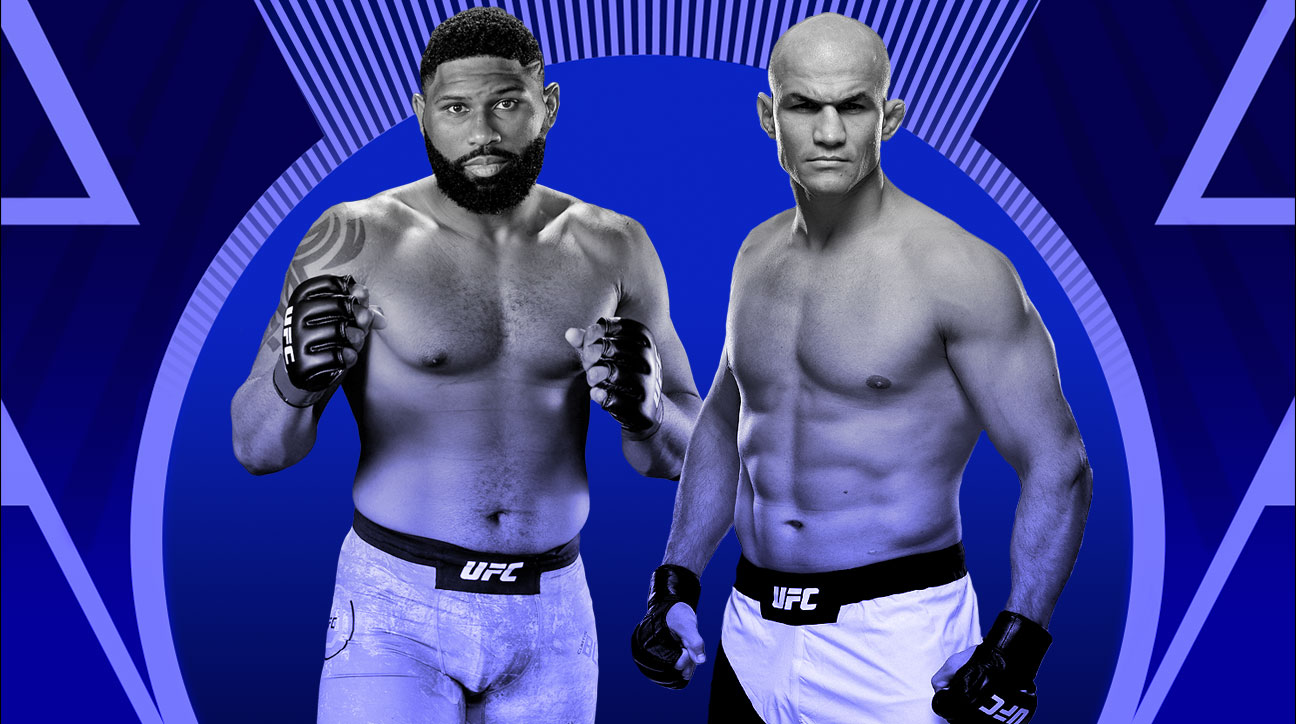 All fights from UFC Fight Night: Blaydes vs. dos Santos are available to watch on ESPN+.

Not surprisingly, Blaydes called for a title shot immediately after. Who should be next for Blaydes, dos Santos and the other big names of UFC Fight Night? Here's my take:

Who should be next: Alexander Volkov

Blaydes is 28 and appears to be hitting his peak. He now has 25 rounds in the UFC under his belt. He has one dominant skill -- wrestling -- but he also has a well-rounded skill set. He's 8-2 with one no contest inside the Octagon. He does deserve a title shot, for sure. Especially when you consider how thin the heavyweight division is. But the reality is he's not gonna get one. Stipe Miocic vs. Daniel Cormier 3 is the title fight on hold, and Francis Ngannou, who has previously beaten Blaydes twice, is on deck.

Unless Ngannou were to lose to Jairzinho Rozenstruik on March 28, I believe Blaydes will need to fight again before challenging for the title. And he'll probably want to fight again. And if that's the case, Volkov is the clear opponent based on rank. It's not an ideal situation for Blaydes, but it's the cards he's playing with right now. And he holds some responsibility for the predicament he's in -- for losing to the same man, Ngannou, twice.

Dos Santos is only 35 -- younger than Miocic and Cormier. But it doesn't feel like it, does it? The mileage on dos Santos' career seems to be adding up, and even though he has improved his takedown defense over the years, it's fair to say he's not reinventing himself anytime soon and, at this point, is a long shot to ever hold a title again.

Werdum was originally suspended by United States Anti-Doping Agency (USADA) until 2021 but recently had the suspension reduced. He's eligible to return in the spring.

Dos Santos knocked out Werdum in 2008 in his UFC debut, and it helped launch his career. Why not revisit it?

Next: Winner of Demian Maia vs. Gilbert Burns

Dos Anjos is still a great fighter, but there's a blueprint out on how to beat him at 170 pounds. Chiesa knew it, and executed it beautifully. He took dos Anjos down six times in the 15-minute bout, which makes it 34 takedowns dos Anjos has surrendered in his past five fights. Kudos to Chiesa for the effective game plan, and he looked to capitalize on the performance with a Colby Covington callout.

First off, I love the callout. It's smart, and who knows -- it might work. Covington is coming off a failed title shot against Kamaru Usman. He's still highly ranked and one of the bigger names, currently, at welterweight. Perfect guy for Chiesa to target, but I don't think he's quite there yet in terms of rank. There are a few other fights out there for Covington that probably make more sense. Maia and Burns square off on March 14, and either one would be a great matchup for Chiesa. And if it were Maia, he has hinted that could be the final bout of his career, which would add to it.

Next: Edson Barboza, at lightweight

Man, this is tough. On one hand, I don't want to see dos Anjos return to lightweight at all. He has described the brutality of his cut to 155 more than once, including an incident in which he repeatedly passed out. At the same time, the jig is up at welterweight. Dos Anjos has lost four of his past five, and it's been mostly one-way traffic in all of them. He's too small to compete against the best of this division.

Would the cut to lightweight be any better if he took fewer fights, didn't put his body through it as a frequently and made some changes to his diet? If not, he'll have to make the best of fighting at welterweight. But if he can revisit 155 and make some adjustments, it would certainly be better for him competitively. And Barboza would be a really fun matchup.

Barboza has expressed interest in a drop to featherweight, but a bout against the former lightweight champion would be a good reason to stick around for at least one more.